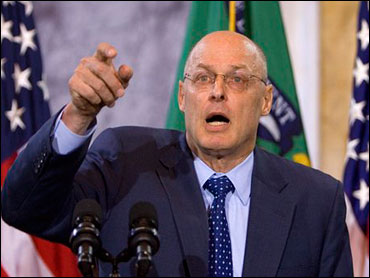 This column was written by Clay Risen.

No one has ever accused the Bush Administration of being a slave to the headlines. But on Monday, Treasury Secretary Henry Paulson apparently felt the need to underline its brand of reality-free policymaking one more time. The nation is in recession territory, investment banks are on the verge of collapse, the mortgage crisis is spreading. The Federal Reserve and the Office of Federal Housing Enterprise Oversight, which oversees Fannie Mae and Freddie Mac, are responding by essentially rewriting their charters, taking on significant amounts of risk to avert further meltdowns on Wall Street and Main Street.

These events call for a sweeping response from the White House. But instead, Paulson's speech was a sweeping response to a completely different question, that of regulatory inefficiencies. And the details of his plan to restructure federal and state financial regulators are wholly inappropriate to the current crises - they could, in fact, make things worse. To his credit, Paulson didn't pretend to be addressing the issues of the day. But his timing belies his claims to innocence. Why would he address these issues now, when people aren't thinking about market deregulation and efficiency, but are instead worried about market survival?

Perhaps it has to do with the fact that Paulson has been pushing these recommendations, called the "Blueprint for Financial Regulatory Reform," for a while now and saw an opening in the current crisis. "It's been a long road," he said on Monday. "We began the process leading to this final report a year ago, in March 2007, after convening industry leaders and policymakers for a conference on capital markets competitiveness."

Ah, spring 2007. The birds were chirping, Blackstone was going public, and everyone was marveling at the financial wizardry at work in Manhattan. Back then, the anti-regulators were on the offensive. New York, we were told by countless industry-driven committees and reports, was losing out to London and Shanghai because American markets were over-regulated. What we needed, Paulson and others posited, was an entirely new regulatory structure, one that removed overlapping oversights and let the markets be markets.

In the abstract, that position isn't wrong. Since the creation of the Fed in 1913, the country has built a patchwork of regulatory agencies at the state and federal level that can be both burdensome and ineffective. As Paulson noted yesterday, there are five separate federal deposit insurance regulators. It is at least worth discussing whether we can put all of this in a little better order.

But the reason few people outside Paulson's band of handpicked buddies - or, as he put it, "some enthusiastic academics" - didn't jump on board last year is that his goal was clear from the beginning: massive deregulation and a drastic rollback of the post-Enron 2002 Sarbanes-Oxley Act, which created tougher accounting standards for public companies. Even most moderate marketeers who backed deregulation in the abstract weren't ready to sign on to the sort of significant pushback that Paulson was talking about in 2007 - and, not surprisingly, Sarbanes-Oxley never came up in his Monday address.

Nevertheless, no one doubted (and many hoped) that the intention of any restructuring under this administration would be to achieve a net deregulation, a loosening of government demands on bankers and banks on the one hand, and an increasing of risk for individual investors on the other. This was, after all, what the administration had been achieving piecemeal for years, from kicking out the consumer-friendly Securities and Exchange Commission chair William Donaldson, to looking the other way as the housing bubble grew on the strength of a poorly regulated mortgage industry. The goal of Paulson's 2007 launch was to achieve the same results under the seemingly neutral disguise of increasing efficiency and reform.

Today we are experiencing the end results of seven years of benign neglect. And yet, after running through the problems with the current regulatory structure, Paulson in his speech said, "I do not believe it is fair or accurate to blame our regulatory structure for the current market turmoil." In other words, Paulson says our regulatory structure isn't at fault in the current crisis, but he still wants to spend a lot of time and resources completely reforming it, because what's needed, ultimately, is more de-regulation, which will allow for more risk taking. Which is, of course, the reason Bear Stearns and a million-plus mortgages are imploding.

Paulson is technically correct that the regulatory structure didn't cause the current turmoil. What caused it were the administration's efforts to prevent the regulatory structure from doing its job. It stocked the agencies' executive posts with free-market ideologues who thought their job was to do as little as possible to bother Wall Street. As Paul Krugman noted Monday morning, "The various regulators actually did quite well at acting in a coordinated fashion. Unfortunately, they coordinated in the wrong direction."

Thus it remains to be seen whether a drastic restructuring of the regulatory framework is called for. We may have a patchwork of SECs, CFTCs, and OCCs that is arguably outdated in a wired global market, but it's hard to see why any comprehensive response based on current market conditions would be any better. After all, in 25 years, it too will be woefully outdated. What we do have, however, is a fairly nimble, pragmatic set of agencies that, if in some ways redundant and others impotent, in the right hands still do a pretty good job. Donaldson's SEC, for instance, did an excellent job restoring confidence in U.S. capital markets directly following the Enron and WorldCom scandals.

Then again, Paulson may be correct. Maybe we need a new framework. But who can say today? His boss has spent so long eroding the current regulatory structure that it's unfair to judge it in its present state. Until it's back up to speed, we should focus on addressing the current crisis, rather than go tilting at regulatory windmills we imagine to be monsters. The concern is that, in the political rush for an answer, many on Capitol Hill will join Paulson in his quixotic crusade.
By Clay Risen
If you like this article, go to www.tnr.com, which breaks down today's top stories and offers nearly 100 years of news, opinion and analysis 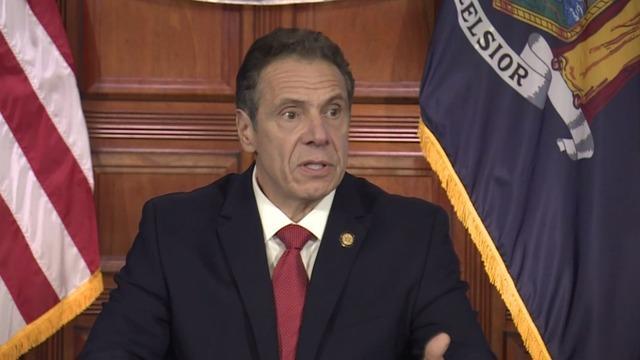