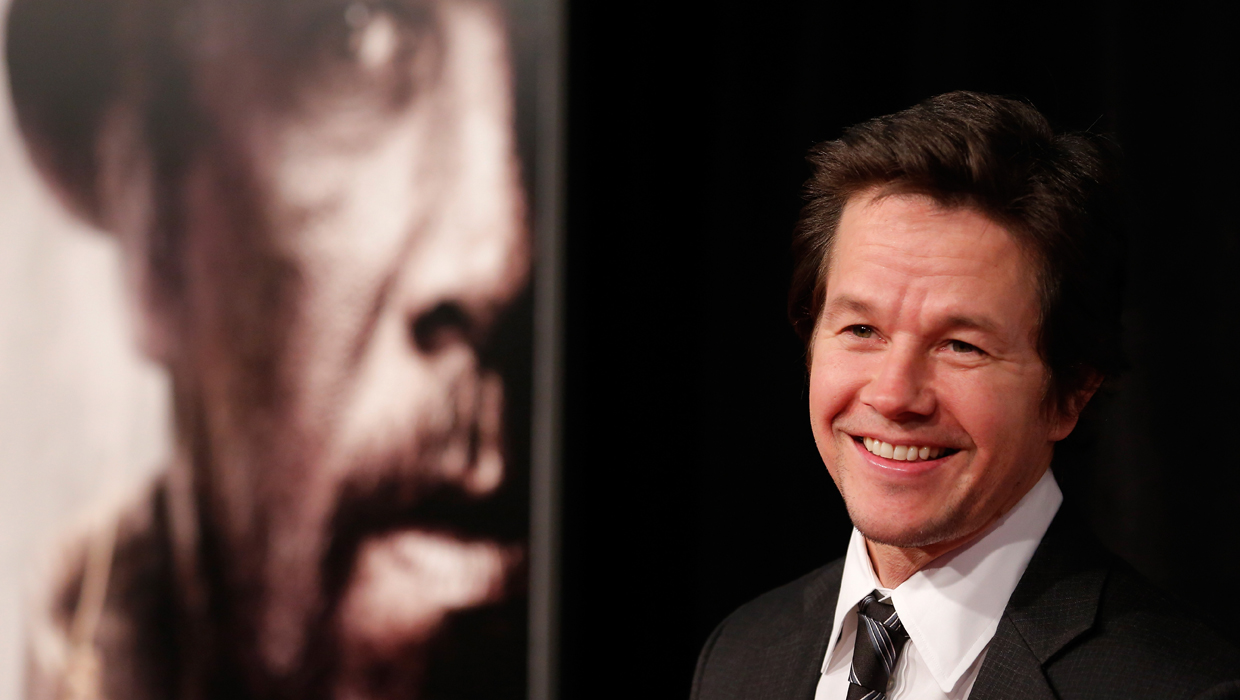 Unlike his daughters, Ella and Grace, Mark Wahlberg is not a One Direction fan.

The father-of-four explains on Conan Obrien’s Thursday night show that ever since the boy band got famous, his two girls aren't interested in their dad's movie career anymore. "My four-year-old's going, 'Daddy, I like Harry [Styles].' And I'm like, 'Well I'm gonna punch Harry in the nose when I see him,'" the Transformers actor jokes. "She hides pictures of him in her room, and I pretend to rip them up and get jealous."

He quickly adds, "But if I see that little prick. He's gonna get it."

The 42-year-old actor even has a plan to lure them into meeting up with him. He tells O'Brien that if he can get them on the new "Transformers" soundtrack, he could get the boy band in a room and "beat the crap out of them."

All joking aside, Wahlberg does say he'd like his girls to meet Harry and the guys because those are the only boys he'll ever introduce them to going forward. After that, "Rapunzel time," the actor declares.