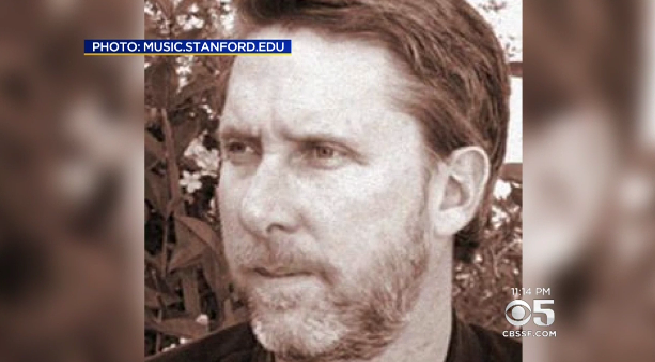 According to police, Mark Veregge is accused of visiting the home of a former elementary school student in the middle of the night.

The victim says their surveillance cameras captured Veregge, several times, parking in front of their home, walking up to their daughter's car, checking if it was unlocked and then turning around and driving off. Each time, they say, Veregge was wearing only women's underwear.

At times, he can be seen wearing a bra and high heels in the video.

The victims say they first noticed Veregge at their home in 2015. They have no idea how many times he has visited since then.

His neighbor, Gerald Macedo, told CBS San Francisco it's hard for him to believe that Veregge committed these acts. He says Veregge is just a normal, friendly neighbor. He never had any concerns about him.

Veregge, who is a graduate of Julliard, teaches percussion. He has an impressive resume, including performances with the California Symphony, San Francisco Symphony, Opera and Ballet.

Police say Veregge is now facing a charge of prowling. He is scheduled to appear in court later this month.

The case remains under investigation.