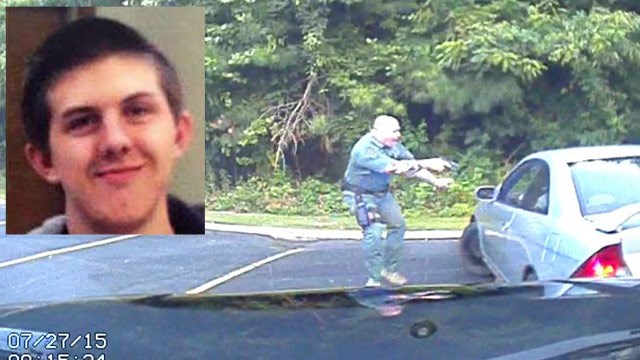 SENECA, S.C. -- A police officer who wasn’t charged in the shooting death of an unarmed South Carolina teen more than a year ago is now being fired from the force.

Seneca Police Chief John Covington declined to give a reason for firing Mark Tiller, calling it a “personnel matter” in a short statement. He said Tiller would remain on the department’s payroll until Friday.

The family of 19-year-old ZacharyHammond said the family never understood how Tiller was able to keep his job.

“With each passing day the Hammonds never lost hope that Lt. Tiller would in the future never again have the highest honor of serving the public as a police officer, wear the uniform and carry a weapon. It appears that today is such a day,” the family said in a statement released through their attorney Eric Bland.

A state prosecutor refused to charge Tiller in the July 2015 shooting of Hammond as the teen tried to drive away from a drug sting in a fast-food restaurant parking lot in Seneca. But federal authorities are still investigating the shooting.

Tiller said he thought his life was threatened because Hammond was about to run him over. But video from his patrol car showed him move toward Hammond’s car, grabbing the front fender of the vehicle and only firing after it moved past.

While Tiller might have made a bad decision heading toward Hammond’s moving car, the officer had less than three seconds to react and broke no law, Solicitor Chrissy Adams said in deciding not to charge the officer.

The family agreed to a $2.1 million settlement with Seneca over the shooting.

Hammond’s family called Tiller a rogue officer and said his actions, along with Seneca Police’s refusal to release details about the shooting including Tiller’s name and the video of the incident, make the jobs of good police officers harder.

“All lives matter and it is an injustice to each and every American when an officer-related shooting is not handled with sensitivity and absolute transparency. Regardless of what the future holds for Lt. Tiller and others associated with the death of Zachary Hammond, the Hammonds offer their thanks and prayers to the brave men and women in blue,” the family said in its statement.

According to CBS affiliate WSPA, documents filed by the Hammond’s family attorney last year show Tiller defied department policy by taking a ride-along guest with him to an armed robbery.  While responding to the call, the documents say Tiller broke the speed limit and crashed into an ABC store.