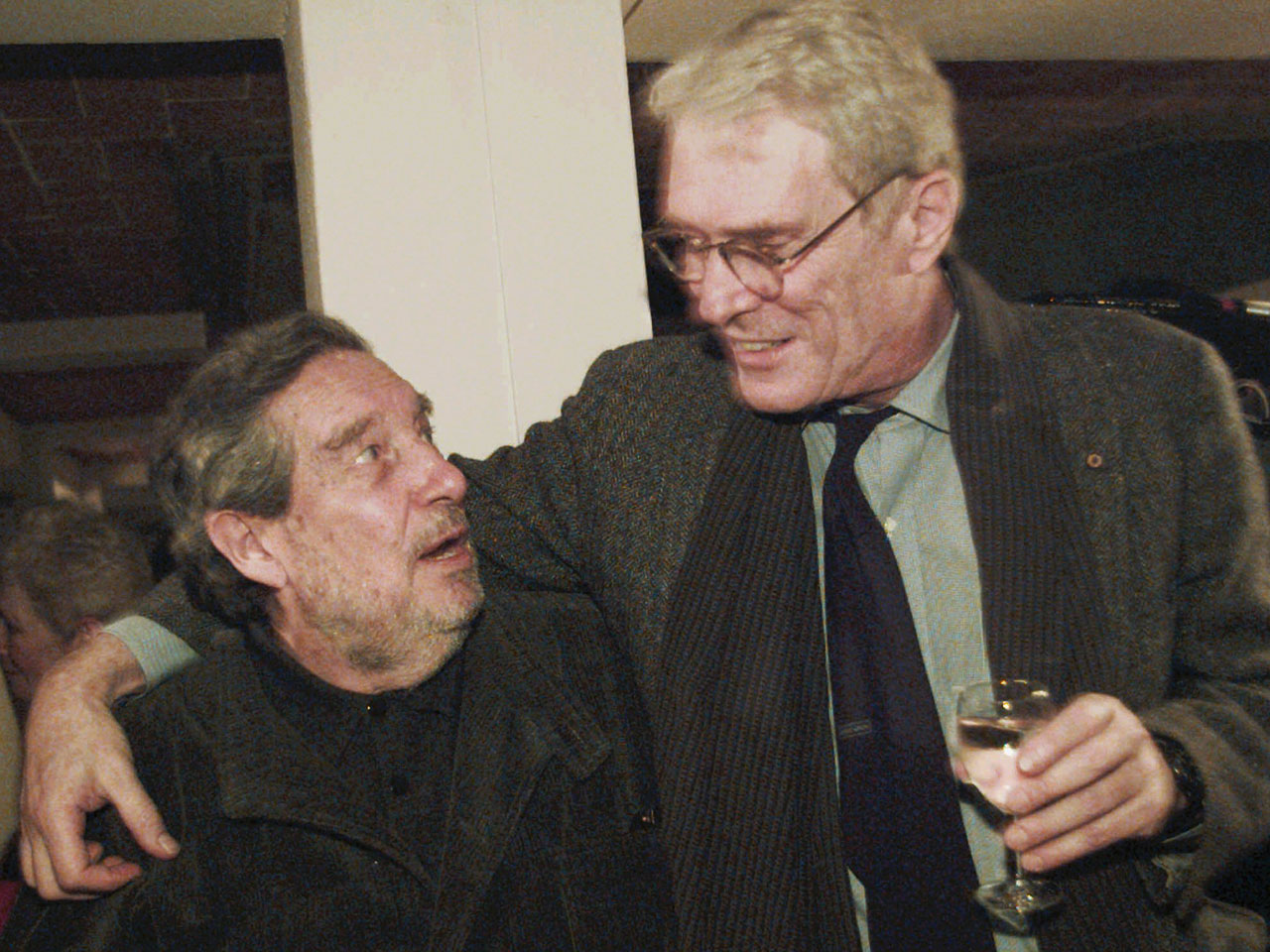 Strand, whose works were translated into more than 30 languages, died Saturday morning at his daughter's New York home from liposarcoma that had spread throughout his body, just weeks after entering hospice care, said his daughter, Jessica Strand.

"He was a funny, elegant, generous and brilliant man," she said of her father. "A man who lived to work and to be with his friends and the people he loved."

A distinctive presence even at the end of his life, with his lean build, white hair and round glasses, Strand received numerous honors, including the Pulitzer in 1999 for "Blizzard of One," a gold medal from the American Academy of Arts and Letters and a National Book Award nomination this fall for "Collected Poems." He was appointed poet laureate for 1990-91, although he did not count his time in Washington among his great achievements.

"It's too close to the government. It's too official. I don't believe that poetry should be official," he told The Associated Press in 2011. "There are poets who aspire to such positions; I never did."

Author of more than a dozen books of poetry and several works of prose, Strand was haunted by absence, loss and passage of time from the beginning of his career, sometimes peering just beyond the contents of the page and wondering what, if anything, was out there. Some of his most famous lines appear in "Keeping Things Whole," a poem from "Sleeping With One Eye Open," his 1964 debut:

I am the absence

I am what is missing.

Strand also wrote children's books and art criticism, helped edit several poetry anthologies and translated the Spanish poet Rafael Alberti. He was a committed doubter, even about poetry. He went through occasional periods when he stopped writing verse and once quarreled with his publisher, Alfred A. Knopf, because he considered his 2012 collection "Almost Invisible" to be prose, not poetry.

He was born in Prince Edward Island in Canada, his mother a painter, his father a salesman whose work led to the family living in many locales from Peru to Cleveland. Strand thought of himself first as an artist, and would dismiss his adolescent poetry as "feverish attempts to put 'my feelings' on paper, and little more."

He majored in art at Yale University, but felt "stifled" and by graduate school had decided he was better suited for writing, with Philip Larkin and Thomas Hardy among the poets he was reading. He received a master's degree from the University of Iowa's prestigious Writers' Workshop, and later taught at Iowa, Columbia University and the University of Chicago among other schools.

The most profound absence in his work was that of god, his atheism passed down to him from his father, who had terrified his young son with stories of heretics burned at the stake. In "Poem After the Last Seven Words," from the 2006 collection "Man and Camel," Strand imagined how it felt "To open the dictionary of the Beyond and discover what one suspected, that the only word in it is nothing."

"I haven't met God and I haven't been to heaven, so I'm skeptical," he told the AP. "Nobody's come back to me to tell me they're having a great time in heaven and that they've seen God, although there are a lot of people claiming that God is telling them what to do. I have no idea how God talks to them. Maybe they're getting secret emails."

His daughter said Saturday her father found comfort in art.

"We weren't religious people, but we worshipped at the foot of culture," she said. "He was always an artist."

Besides his daughter, Mark Strand is survived by a sister and a son, Thomas, who lives in Seattle.