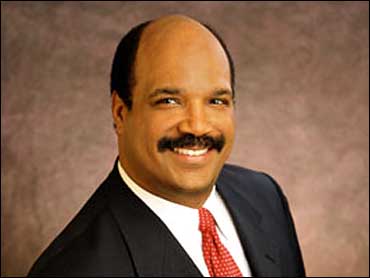 Mark McEwen is a survivor, who has beat all odds and has now returned to his true passion -- reporting.

In his first nationally televised weather forecast since recovering from a near-fatal and debilitating stroke, McEwen served as a substitute weatherman on "The Early Show on Saturday Morning" on Sept. 11.

The one-time weatherman and features reporter for "The Early Show" suffered a massive stroke while returning home from a trip on Nov. 15, 2005. For the next four days, McEwen was near death as the blood clot that caused the stroke blocked oxygen from his brain.

McEwen recovered, but had to start over. While he struggled to regain the use of his right hand, he was initially confined to a wheelchair, and then a walker. Most devastating of all was the stroke's impact on his voice and speech.

McEwen worked for CBS from 1987 through 2002 and contributed to a number of CBS News broadcasts, including "Sunday Morning," "48 Hours" and "The Early Show."

During his tenure at "The Early Show," he served as weatherman, anchor and entertainment reporter. He has interviewed former presidents, including Bill Clinton, George H. W. Bush and Gerald Ford.

In addition, he has conducted high-profile interviews with Steven Spielberg, Tom Cruise, Sidney Poitier, Madonna and many others. McEwen has covered major events, including the Oscars, Cannes Film Festival, Golden Globes and Grammy Awards; he's also contributed to CBS's coverage of the Winter Olympics. McEwen was named one of the country's "Ten Most Trusted TV News Personalities" in a TV Guide survey.

In 2004, McEwen became a news anchor at WKMG-TV, the CBS affiliate in Orlando, Fla., where he was working when he suffered the stroke. The station kept his position open. McEwen returned to work, and he chronicled his ordeal in a book entitled, "After the Stroke: My Journey Back to Life."

In addition to reporting the weather, McEwen sat down with "The Early Show on Saturday Morning" co-anchors Chris Wragge and Erica Hill on for a candid interview on his journey back from the stroke, and his new life.

To see Mark's first report, click on the video below:

"Early Show" co-anchor Harry Smith, a close friend of Mark's, went to see him early in his recovery. This report originally aired Sept. 11, 2006. To see it, click on the video below. Then -- keep watching -- to see "Early Show on Saturday Morning" co-anchors Chris Wragge and Rebecca Jarvis interview Mark -- and a special guest who joined them: