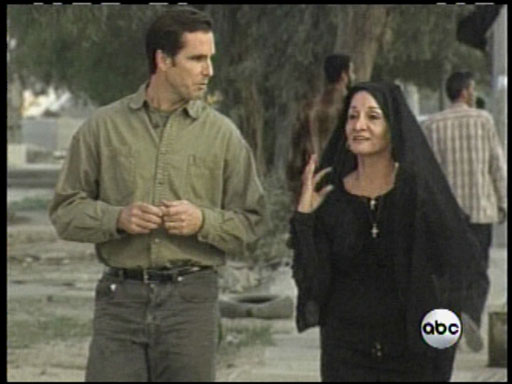 "This helps me because I was so devastated," Martin said haltingly as he described a victory that came two weeks after the death of his father, Julian, and two other family members in a plane crash.

"My relationship with my dad goes way beyond father and son," Martin said. "My dad was fun. I will miss having fun with him."

While Martin led the most laps on the way to defeating teammate Jeff Burton, Gordon battled an ill-handling car all night.

Not only did he wind up in fifth place, about one-half lap back, but he never challenged for the lead. It ended Gordon's streak of 14 consecutive races in which he led at least one lap, a run that stretched back to the Texas 500 in April.

"We battled hard every lap to keep the thing in the top 10," he said. "We were lucky to get fifth out of it. We're real happy with that."

Martin's fifth victory of the season and 27th of his career was especially gratifying since it came one week after he failed in a bid to win the Michigan race in memory of his father. Martin was unable to hold off Gordon in the late stages of the Michigan race, representing another example of Martin having a good finish during Gordon's streak but losing ground to him in the season points battle.

Martin was in tears when he got out of the car after the Michigan race. He was crying again this time, but the mood was clearly different.

Martin came to Bristol trailing Gordon by 97 points, but trimmed his deficit to 67.

Gordon said it could have been worse

Martin took the lead to stay by powering past Bobby Labonte and wasn't seriously threatened the rest of the way, safely pulling away from the field on restarts following four cautions over the last 155 laps. Martin wound up 2.185 seconds -- about 400 feet -- ahead of Burton.

The focus of the estimated crowd of 145,000 people, the largest gathering in Tennessee sports history, was Gordon, who at age 27 already has won 37 times and has captured two of the last three series driving titles.

The racing community was anxious to see if Gordon could add the consecutive victories record to his growing list of accomplishments, but on this night, it just wasn't meant to be.

Gordon spent the first half of the race floating between fourth and seventh places, looking content to find open pockets on the narrow track and avoid putting his car in potentially troublesome spots.

It appeared to be a wise tactic on a track known for producing plenty of bumping, banging, foul tempers and poor judgment, but as the race approached the 300-lap mark, Gordon began slipping toward the back of the pack.

He went back as far as 10th, and after that, the best he could do the rest of the way was to outlast several cars that faded late, leaving him fifth but well off Martin's winning pace.

Gordon was the seventh driver with a shot at five consecutive victories in the modern era, which began in 1972 when NASCAR consolidated the schedule and set up a points system.

The six drivers who had shots at the record before Gordon represent a cross-section of the sport's biggest names. Cale Yarborough couldn't do it in 1976, Darrell Waltrip in 1981, Dale Earnhardt in 1987, Harry Gant in 1991, Bill Elliott in 1992 and Martin in 1993.

The overall record of 10 in a row by Richard Petty occurred in 1967, when there were so many races on the calendar that many of the circuit's top drivers didn't always go to every event.