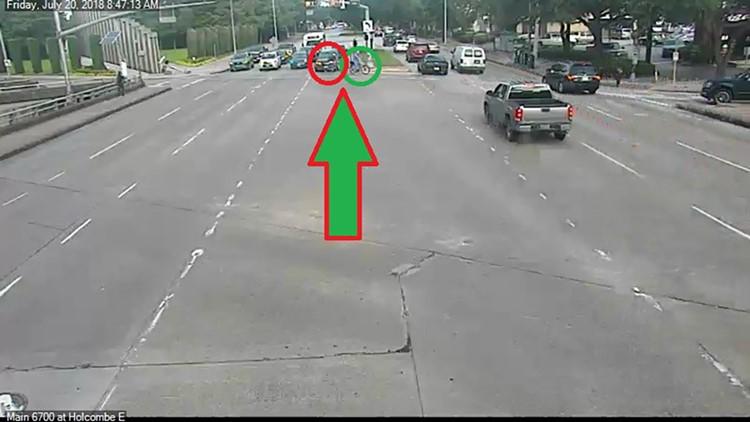 HOUSTON -- Authorities in Houston have released surveillance photos and a composite sketch of the man suspected of fatally shooting a cardiologist who once treated former President George H.W. Bush. Dr. Mark Hausknecht was shot to death while riding his bicycle to work Friday morning at Texas Medical Center. Police have said the shooter rode past Hausknecht, then turned around and opened fire.

Hausknecht is seen headed north at 6700 Main and crossed into the W. Holcombe intersection. In the last photo, the shooter is seen headed west on Southgate Boulevard toward Travis Street.

The suspect sketch released over the weekend depicts a man wearing glasses and a cap.

Authorities are investigating whether the killing was targeted or random.

Hausknecht treated Bush in February 2000 for an irregular heartbeat after the ex-president complained about lightheadedness while visiting Florida.