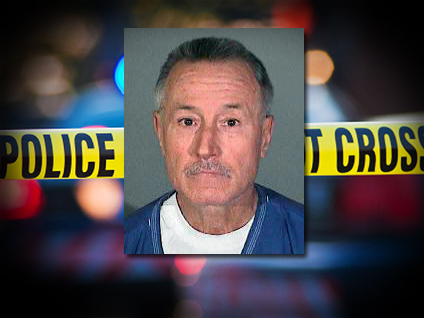 Mark Berndt, 61, is accused of photographing students at Miramonte Elementary School with cockroaches on their faces and being fed spoonfuls of a milky-white substances that tested positive for Berndt's DNA.

He has been charged with 23 counts of committing a lewd act on a child involving 23 children. The Los Angeles County Sheriff's office also announced earlier this month that more potential victims have come forward.

According to CBS Los Angeles, police say the allegations came to light after a photo processing technician saw the photos Berndt had printed in January 2011. Investigators then used DNA evidence to connect Berndt to the victims. They then found spoons in the teacher's trash -- similar to the ones used in the photos -- that reportedly contained Berndt's bodily fluids.

Berndt is now being held in solitary confinement on $23 million bail. He is expected to make another court appearance March 28.

The entire Miramonte Elementary School staff has since been reassigned as authorities continue investigating allegations again Berndt and former third-grade teacher Martin Springer, who is also accused of lewd acts against students.