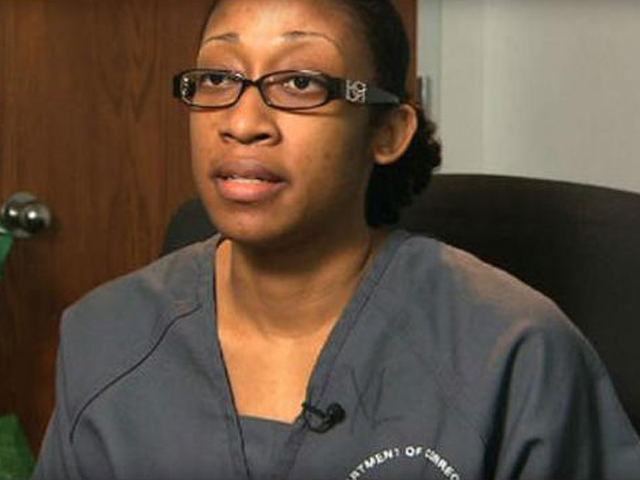 JACKSONVILLE, Fla. - Marissa Alexander, the Florida woman awaiting a new trial in a controversial "stand your ground" has been released on a $200,000 bond.

First Coast News  reports that Marissa Alexander was released from jail Wednesday. According to the Duval County Clerk of Court, she must remain under house arrest and electronic monitoring while awaiting trial.

In 2012, Alexander was sentenced to a mandatory 20-year prison sentence for firing what she insisted was a warning shot during a fight with her husband. She tried to invoke Florida's "stand your ground" law but the judge threw out her self-defense claim, noting that she could have run out of the house to escape her husband but instead got the gun and went back inside.

An appeals court ruled in September that the judge in the case gave improper jury instructions and a new trial has been set for next year.

Alexander's supporters, including the NAACP and advocates for victims of domestic violence, have compared the case to the trial of George Zimmerman, who recently was acquitted in the fatal shooting of Trayvon Martin. Both cases have brought into question the state's "stand your ground" law, which generally allows people to use deadly force if they feel threatened.

Alexander, who had never been arrested before, has said she fired a bullet at a wall in 2010 to scare off her husband when she felt he was threatening her. No one was hurt, but the judge in the case said he was bound by state law to sentence her to 20 years in prison after she was convicted of aggravated assault with a deadly weapon.

Alexander had rejected a plea deal that would have resulted in a three-year prison sentence and chose to go to trial. A jury deliberated 12 minutes before convicting her.

Alexander was also charged with domestic battery four months after the shooting in another assault on her husband. She pleaded no contest and was sentenced to time served.

State Attorney Angela Corey, who oversaw the prosecution of George Zimmerman in the shooting death of Trayvon Martin, has stood by the handling of Alexander's case. Corey said she believes that Alexander aimed the gun at the man and his two sons, and that the bullet she fired could have ricocheted and hit any of them.

Alexander's father, Raoul Jenkins, told Crimesider in a 2012 interview that his daughter had had a licensed gun for years and the two had been to the shooting range together.

"If Marissa wanted to shoot anybody she could," Jenkins says. "But that was not her intent. Her intent was to diffuse the situation without anyone getting hurt or killed."