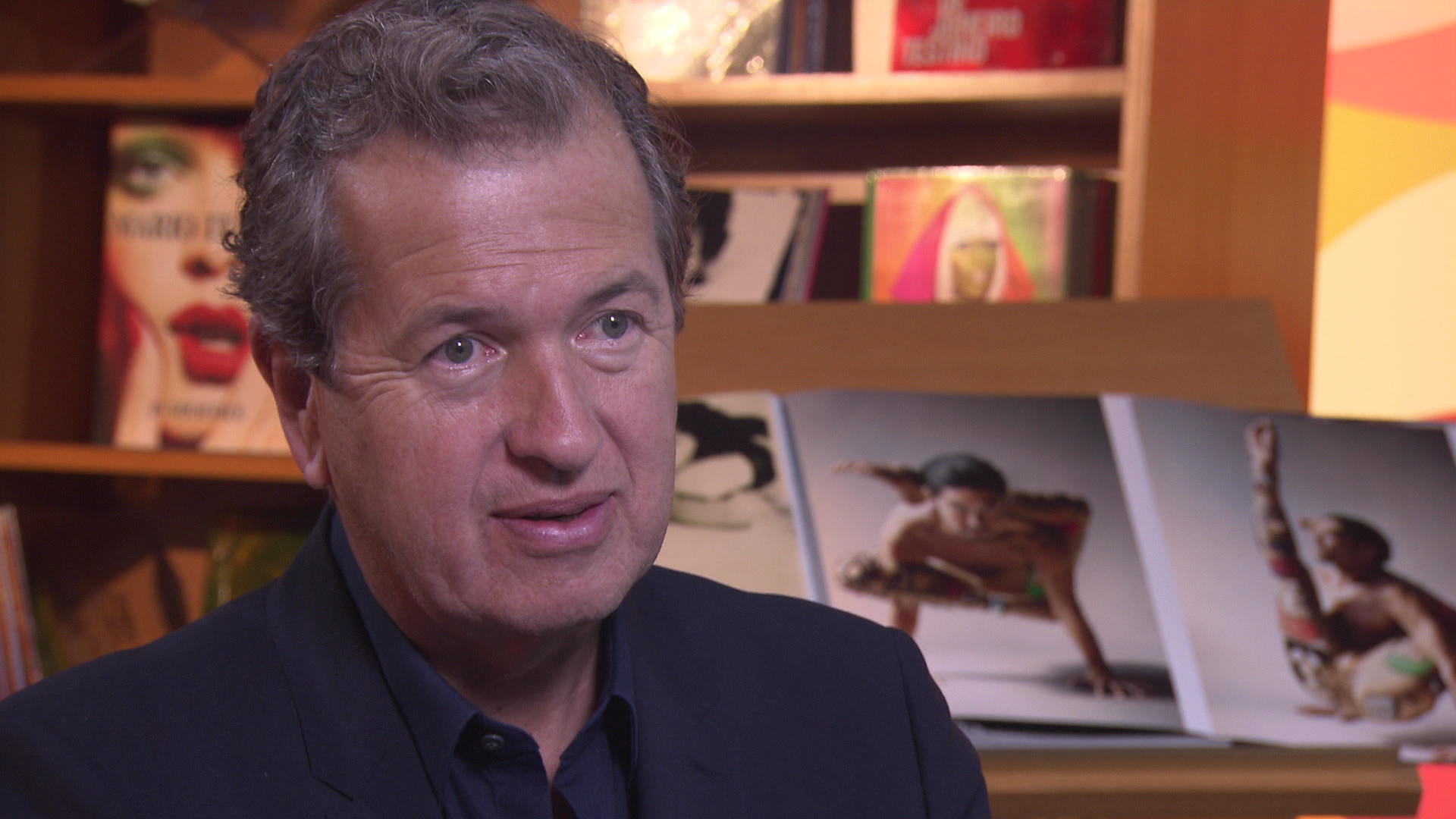 Mario Testino is perhaps best known for his work with women, but the subject of his new book, "Sir," is men -- though there is one man he won't photograph: himself, reports CBS News correspondent Anthony Mason.

"I think that I hide behind my photography a lot. I'm not so interested in people knowing about me," Testino said.

One of the world's most celebrated fashion and celebrity photographers, Testino's 15th book features images of Brad Pitt and Karl Lagerfeld, Mick Jagger and Keith Richards.

He said he makes certain moments happen because he "performs a lot."

"You know, part of being a photographer is you have to be a performer," Testino said. "You have to create a reaction. Because if not, they just stand there."

In one shoot, he asked Taylor Lautner if he could do flips.

"Just 'Hey, by the way.' They were so worried about the car," he said.

He provoked a shot of Orlando Bloom kissing David Beckham.

"Because two guys like that at a party, that's boring. Everybody can get that picture. So I was like 'Go ahead, give each other a kiss,"' he said.

Behind the lens, he can be most persuasive.

He said he doesn't know how that happens.

Two women changed the course of Testino's career. First, Madonna, who picked him to shoot a Versace ad in 1995.

"The first page read, 'Versace present Madonna by Testino,'" he said. 'So she was quite key."

"And then of course, Princess Diana was like, you know, all of a sudden, I existed. It was like somebody turned the lights on," he said. "You do somebody like Madonna or Diana, all of a sudden you're asking me to do an interview. You know, it's like -- everything changes,"

He's still in favor with the royal family. He shot the official engagement photographs of William and Kate.

One of Testino's favorite subjects in the new book is David Bowie.

"I'm not a person that had many heroes, but if I admired somebody probably it was him more than anybody just because of the guts," he said. "It was amazing what he did, really. How he changed himself or reinvented himself. We photographers, or anybody in the creative business, we're in a reinventing world. You know, if we don't change, we're dead."

Now, the 60-year-old photographer is performing another act of reinvention.

"I'm on Instagram and I started this thing called the 'Towel Series.' It's a way of undressing people but still keeping them dressed," he said.

He said he loves the instantaneousness of the platform.

"I love the fact that a medium like that exists that people -- everybody's a photographer."

That doesn't bother him at all.

"Because, you know, everybody dances. But when you go and dance, you know who can dance better than others. Photography's the same," he said. "Everybody's a photographer. But they understand now how difficult it is to take a good picture. So you admire more those who do a good picture, not bad."

In the new book, "All the Single Ladies," Rebecca Traister examines the rising influence and independence of unmarried women