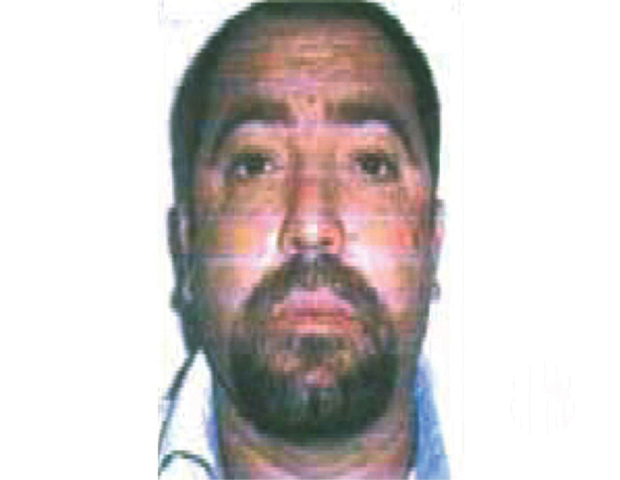 A top drug cartel figure wanted by the U.S. government since 2008 was arrested Saturday in Mexico, CBS News reports.

Ramirez-Trevino, a top leader of Mexico's Gulf Cartel, had been vying to take over the cartel since the arrest of the Gulf's top capo, Jorge Eduardo Costilla Sanchez, alias "El Coss," last September. Some say he succeeded, while others say the cartel continues to be split into factions.

The arrest took place at Ramirez-Trevino's house in northern Mexico between Rio Bravo and Reynosa near Mexico's border with Texas.

Ramirez-Trevino, 51, was charged in a 2008 federal indictment on multiple drug violations. The State Department had been offering a reward of up to $5 million for information leading to his arrest or conviction.

Tamaulipas state government spokesman Rafael Luque said there was a major operation of the Mexican military about 1 p.m. local time Saturday with helicopters in the town of Rio Bravo. He could not confirm if there were deaths or injuries in the offensive.

The once-powerful Gulf Cartel still controls most of the cocaine and marijuana trafficking through the Matamoros corridor across the border from Brownsville, Texas, and has an international reach into Central America and beyond. But the cartel has been plagued by infighting since Costilla's arrest, while also being under attack in its home territory by its former security arm, the Zetas.

In the Gulf succession fight, Ramirez and rival Michael Villarreal, known as "Gringo Mike," have been at odds, according to U.S. law enforcement, and the cartel divided into two major factions of those loyal to Costilla and those loyal to former boss Osiel Cardenas Guillen, who was arrested in 2003 and extradited to the U.S. in 2007, where he is serving a 25-year prison sentence.

The split is blamed for much of the violence in the border city of Reynosa across from McAllen, Texas, where there have been regular, public shootouts between Gulf factions and authorities in the last six months.

In recent years, the Mexican government has made major hits on the leadership of both the Gulf and Zetas, who were aligned until 2010. Their falling out also caused an unprecedented spike in violence in the border state of Tamaulipas.

Mexican authorities have said the Gulf Cartel divided after Antonio Ezequiel's 2010 death into one group led by his brother Mario and the other by Costilla.

Authorities are still waiting for the fallout from Trevino's capture as lieutenants battle to take over the Zetas.