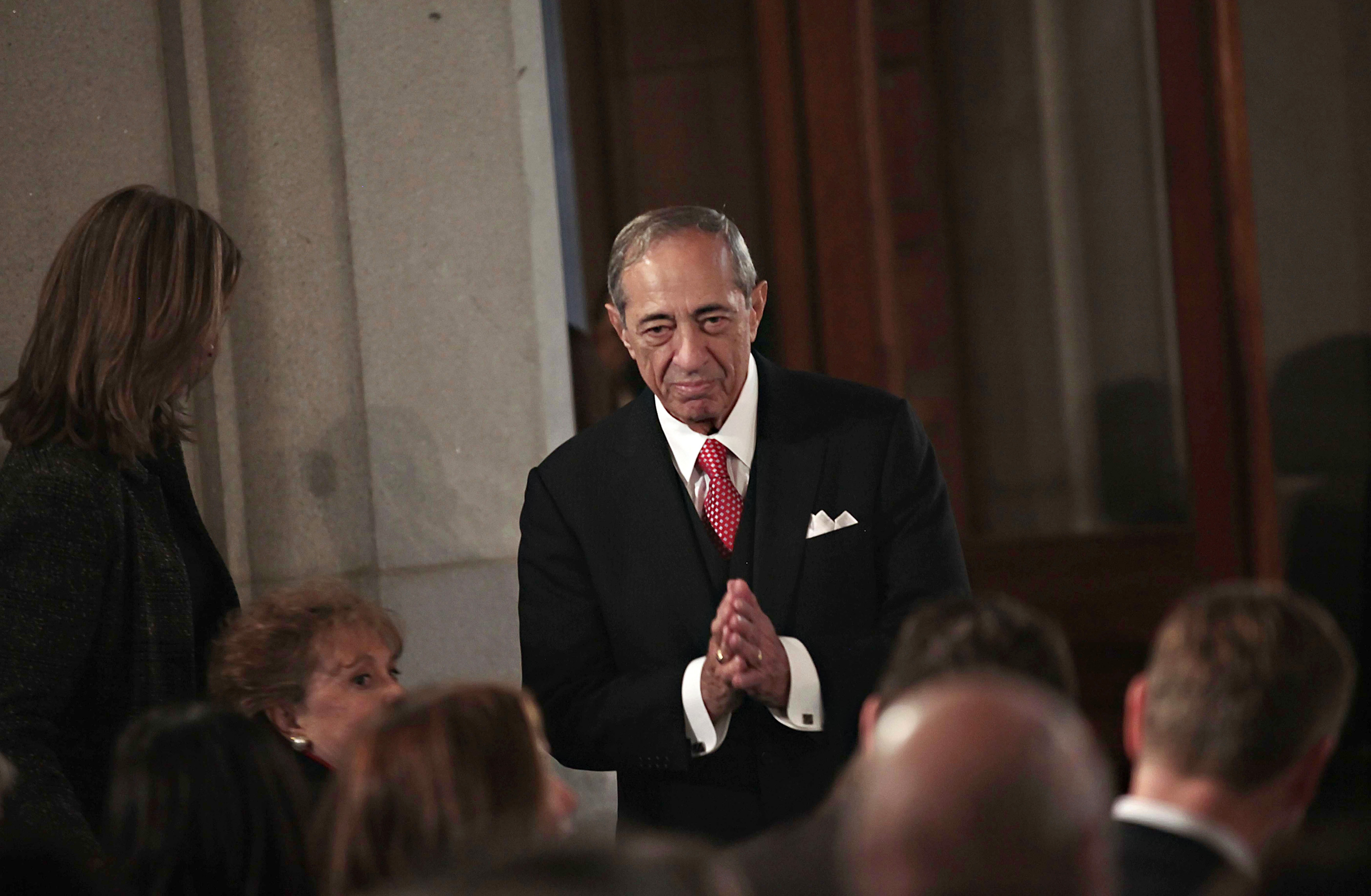 There has been an outpouring of emotional reaction to the death of former three-term New York Gov. Mario Cuomo, who died Thursday just hours after his son, Andrew, was sworn in for his second term as governor.

Below are some of the comments made by fellow politicians and others who knew and respected the Democratic stalwart.

"An Italian Catholic kid from Queens, born to immigrant parents, Mario paired his faith in God and faith in America to live a life of public service -- and we are all better for it. He rose to be chief executive of the state he loved, a determined champion of progressive values, and an unflinching voice for tolerance, inclusiveness, fairness, dignity, and opportunity."

"Mario Cuomo was a man of unwavering principle who possessed a compassion for humankind without equal. He established the gold standard in New York State for how public servants should act, and set an example that the rest of us continue to aspire to today."

"We are terribly saddened by the passing of our friend Mario Cuomo. Mario's life was the very embodiment of the American dream... It was Mario Cuomo's great gift and our good fortune that he was both a sterling orator and a passionate public servant. His life was a blessing. Our hearts and prayers go out to Matilda, Andrew, Margaret, Maria, Madeline, Christopher, his grandchildren, and all who were blessed by his life."

"I was deeply inspired by Mario Cuomo's 'Tale of Two Cities' speech at the 1984 Democratic National Convention. His words ring as true today as they did more than 30 years ago ... So often the voice of conscience, Mario Cuomo was one of the great leaders in the history of the Empire State and perhaps our greatest communicator."

"Mario Cuomo was a legendary figure in New York politics who chose public service for all the right reasons. He could have run for President or been appointed to the Supreme Court, but he chose to stay and serve the people of New York."

"He was a strong, eloquent leader who loved New York and its people. As an Italian-American, he was also a role model for future generations that anything was possible through hard work and education. Finally, he was a great husband, father and grandfather."

"I would not be involved in New York politics were it not for Mario Cuomo. He is, and will always remain, one of my heroes."

"From the hard streets of Queens, Mario Cuomo rose to the very pinnacle of political power in New York because he believed in his bones in the greatness of this state, the greatness of America and the unique potential of every individual. ... He was a colossal political mind and represented the very best of public service."

"Mario Cuomo was a giant of New York government and politics. As much as anyone he understood and appreciated the mosaic that was New York. All who knew Mario Cuomo were better for it."

"He never swayed with the political winds - whether on the death penalty or any other issue - and he earned a spot alongside Theodore Roosevelt, Charles Evans Hughes, Al Smith, and Franklin Roosevelt in the pantheon of New York's great progressive governors."

"The passing of Governor Mario Cuomo is a true loss to the nation, the state and lovers of civil rights and liberties. He was the last liberal giant of New York politics and was a true statesman/politician. We debated often but he never would reduce our disagreements to petty personal grudges. He was a philosopher at heart that always saw the bigger picture."