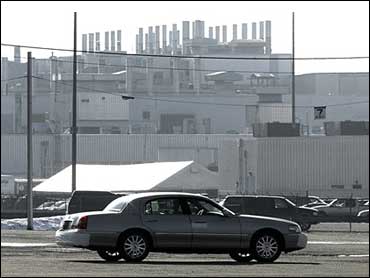 After Seattle's bullpen blew another save, third baseman Russ Davis committed his 17th error of the year in the 10th inning, leading to Oakland's winning run in a 4-3 victory over the Mariners Sunday.

"It's a slow death," said Seattle relieve Paul Spoljaric, who walked the only batter he faced in contributing to the bullpen's 13th blown save in 23 chances. "If I do my job, it might have made a difference."

Seattle got home runs from avid Segui, Alex Rodriguez and Glenallen Hill to increase their major league-leading total to 112, but they weren't enough to overcome the Mariners' besieged bullpen or sloppy fielding. The Mariners came into the game with the second-worst fielding percentage in the AL, ahead of only Oakland.

"We got a break and we'll take it, but that wasn't an easy play," said Mike Blowers, whose sharp grounder was mishandled by Davis. "I hit it hard and it had a lot of topspin. When the ball's coming down there like that, you're going to get it on an in-between hop and you don't know what it's going to do. I know it was spinning like crazy."

Heathcliff Slocumb (1-4) issued a leadoff walk to Scott Spiezio in the 10th and Ben Grieve followed with a single. Matt Stairs then flied out to right, advancing Spiezio to third.

Blowers grounded sharply to third and Davis bobbled the ball and was unable to make a play on Spiezio, who had broken for home.

"We got the groundball. We just didn't execute," said Seattle manager Lou Piniella, who said Davis could have thrown home or gone for the inning-ending double play if he had fielded the ball.

"The choice was there, but you have to catch it before you do anything with it," Piniella said.

Bill Taylor (2-5) struck out four over two innings to earn the victory.

Rallying against Seattle's bullpen, Oakland came from three runs down to even the score in the bottom of the seventh, denying Seattle starter Ken Cloude's bid for his first win since April 24.

Grieve began the seventh with a double, the second hit allowed by Cloude. After Stairs walked, Cloude got his sixth strikeout by fanning Blowers before Spoljaric relieved.

Spoljaric walked Jason Giambi to load the bases, and Mike Timlin relieved, getting Miguel Tejada on a fly to center for the inning's second out. But pinch-hitters Kevin Mitchell and Mike Macfarlane then hit successive singles to drive in three runs as Seattle's bullpen blew a save for the 13th time.

"He was pitching a great game," Blowers said. "We weren't doing anything off him. When a guy is on a roll like that, you're hoping something happens to get him out of the game and take your chances with whoever else comes in."

It was the third time this season Cloude was left with a no-decision after the bullpen failed to preserve a lead.

"I feel bad for Kenny. He deserved to win," Timlin said.

Seattle staked Cloude to a 3-0 lead off Oakland starter Jimmy Haynes, who went seven innings and gave up three runs on six hits, three of them homers.

The Mariners took a 1-0 lead in the second on Hill's 12th homer of the season.

In the third, Rodriguez drove Haynes' 0-2 pitch over the center-field wall for his 24th of the year and a 2-0 Seattle lead. Segui made it 3-0 with a solo shot in the sixth.