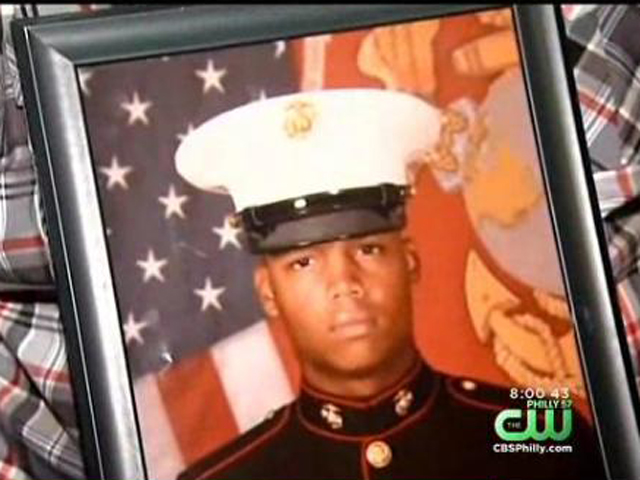 CAMDEN, N.J. - A Marine who served in Afghanistan was killed while trying to break up a fight outside a bar near his New Jersey home.

Authorities say 27-year-old Timothy Loper of Pine Hill was struck by multiple bullets outside the 20 Horse Tavern in Camden just before 3 a.m. Sunday.

The Philadelphia Inquirer reports Loper died from a gunshot wound to his back that pierced his heart.

According to CBS Philly, Jason Laughlin of the Camden County prosecutor’s office said Loper was not participating in the fight, and was trying to be the peacemaker.

The paper reports Loper, who grew up in Blackwood, was in his second year in the Marine Reserve. He had been stationed in North Carolina and Afghanistan.

No arrests have been made but police say they are looking for a man caught on surveillance video for questioning in connection with the killing.

The victim  leaves behind a wife and a 6-year-old daughter, according to the station.

Loper is the 51st homicide victim in Camden this year.