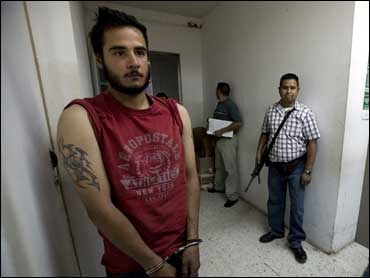 A 22-year-old former Marine accused of killing a pregnant colleague near his North Carolina base has pleaded not guilty during a brief hearing.

Cesar Laurean is charged with first-degree murder in the death of 20-year-old Lance Cpl. Maria Lauterbach of Vandalia, Ohio, whose burned body was found buried behind Laurean's house. His brief arraignment hearing was held Monday in an Onslow County courtroom. Prosecutors also said he won't face the death penalty if convicted.

Lauterbach was about eight months pregnant when she died, but DNA tests revealed that Laurean wasn't the father. Lauterbach told Navy investigators that she was raped by Laurean in 2007, though she later recanted her claim that Laurean fathered her unborn child.