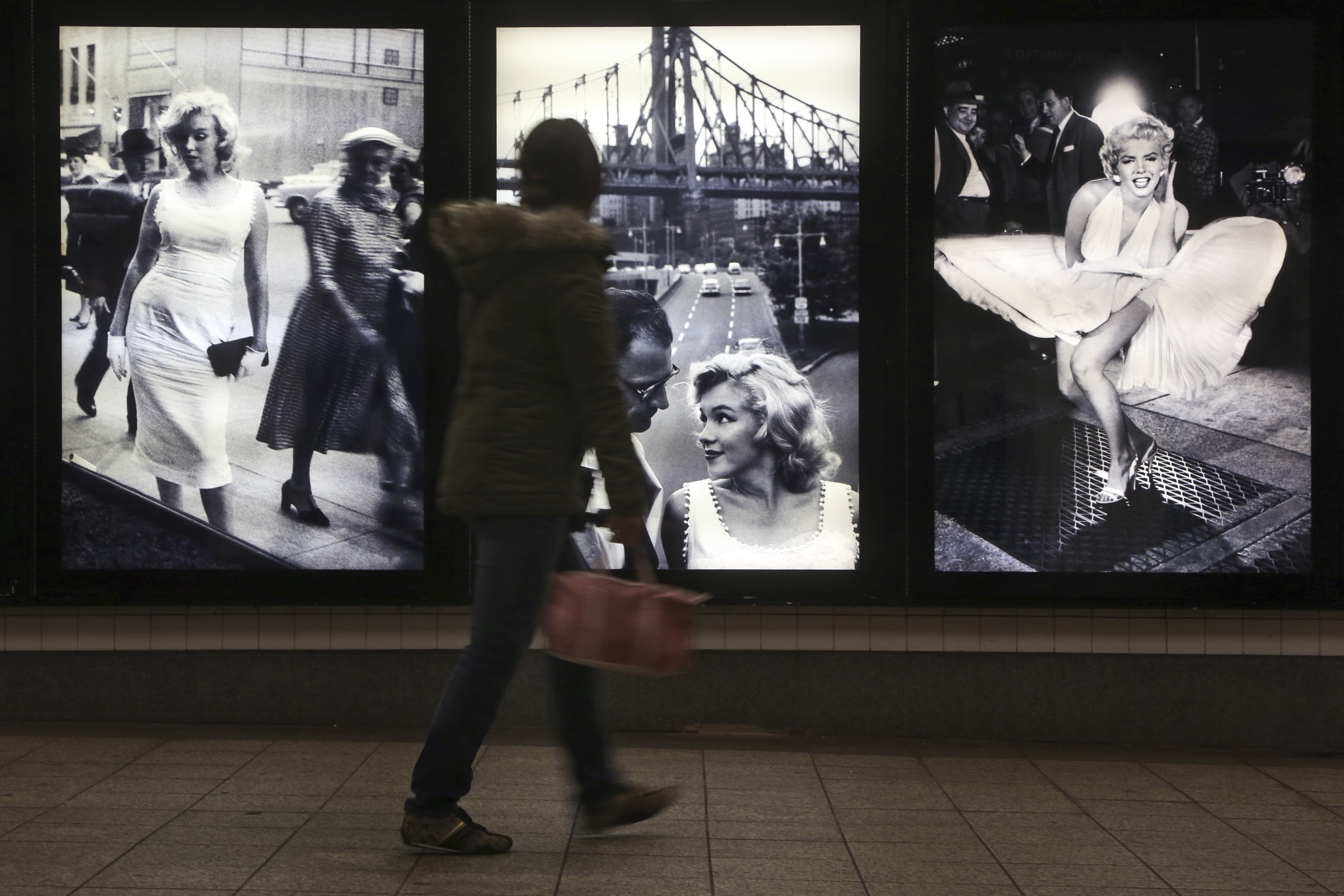 NEW YORK A famous image of Marilyn Monroe with her skirt billowing atop a New York City subway grate is on display in a picture-perfect spot: outside the Times Square subway station.

The supersized version of Sam Shaw's well-known picture is part of an exhibit. The exhibit also features eight of Shaw's other Monroe pictures, on view inside the 42nd Street-Bryant Park station on the B, D, F, M and 7 lines.

The show opened Thursday. It'll be up for a year.

Shaw shot the subway grate photo for the 1955 film "The Seven Year Itch." He took the other pictures in 1957.

The exhibit is part of the Metropolitan Transportation Authority's Arts for Transit program. Manager Lester Burg says matching a mass transit setting with a popular figure from mass culture seemed a good fit.