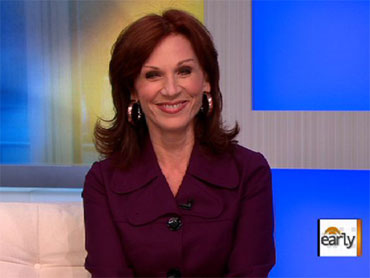 Can you imagine remembering every single day of your life?

That's what actress Marilu Henner says she can do.

On "The Early Show" Monday, Henner -- one of only six people recognized in the world as having a rare gift called superior autobiographical memory -- explained what life is like remembering every day of her life. Henner and others with the same ability were profiled Sunday on "60 Minutes."

On "The Early Show," Henner said, "People talk about this, how people visualize it sort of in a calendar way like calendar pages. For me, the closest thing to it is kind of like selected scenes on a DVD. You know when you see that? OK, so if you name is year, all of a sudden the entire year sort of like lays itself out in chronological order and each day is a different selected scene and some of them are more vivid than others, but I can go to each day and it sort of comes up."

Henner demonstrated her ability by going back to a year named by co-anchor Rebecca Jarvis. Jarvis said 1975.

Within seconds, Henner recalled the correct days of the week for holidays of that year.

She said, "My birthday was on a Sunday that year -- that was April 6th. And Christmas was on a Thursday that year. And Thanksgiving was on the 27th that year."

"I'm back looking through my eyes," she said. "Like I see what I was wearing the date of that first date that I randomly pulled out. ... But I pulled it out and I know exactly what I was wearing and where we went to dinner and, you know, people would say, 'Well, sounds like you've had a very exciting life.' Even the most mundane things I remember. So, it just kind of lines up that way."

"It was this kind of skill that I developed but I liked doing it, as well. So, I think it was a real combination of nature and nurture. I mean, they explained last night (on "60 Minutes"), which was the first time I heard it -- we have a certain area of our brains that's larger than most people's. But, I know that it's also been a muscle that I've exercised."

"I know there are certain things people could learn to do to sort of take in the information, be able to absorb it then be able to retrieve it," she said. "Now, I probably -- I probably can't give anybody, in fact I know I can't, super autobiographical memory like the six of us have, but I know that I could definitely help people. ... It is so important to be able to help people and we're having so many people forget things nowadays. I know that people are sometimes afraid of memories but emotional boogie men if you don't want to remember so you empower yourself more if you remember."

Henner's said her book, to be released this coming spring, is entitled "An Unforgettable Life -- Yours: Lessons Learned from an Autobiographical Memory."

For Henner's full "Early Show" interview, click on the video below: