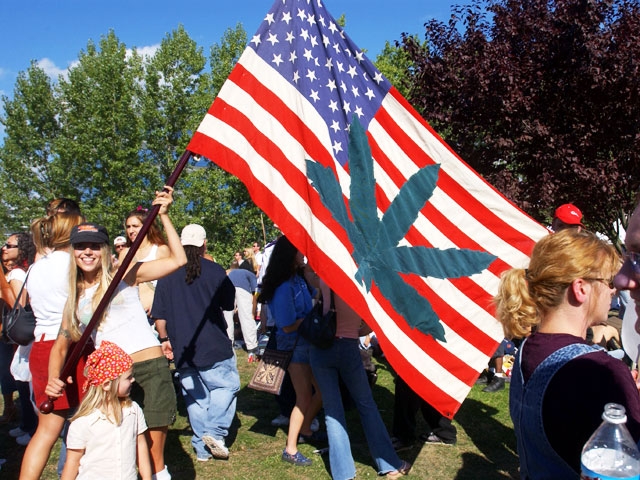 (CBS) How's the war on drugs going? A new government survey on illegal drugs says pot use is up but use of methamphetamine and cocaine is trending downward.

The National Survey on Drug Use and Health found that pot use rose among Americans aged 12 and older from 5.8 percent in 2007 to 6.9 percent in 2010. That's 17.4 million American teens and adults.

"We stand at a crossroads in our nation's efforts to prevent substance abuse and addiction," SAMHSA Administrator Pamela S. Hyde, said in a written statement. "This nation cannot afford to risk losing more individuals, families and communities to illicit drugs or from other types of substance abuse."

If some drug rates are down, why are more Americans smoking pot?

"Emerging research reveals potential links between state laws permitting access to smoked medical marijuana and higher rates of marijuana use," Gil Kerlikowske, director of National Drug Control Policy, said in a written statement. " I urge every family - but particularly those in states targeted by pro-drug political campaigns - to redouble their efforts to shield young people from serious harm by educating them about the real health and safety consequences caused by illegal drug use."

The complete survey results can be found here.