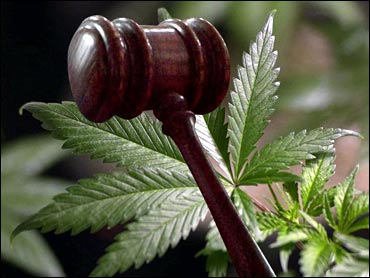 Angel Raich tried dozens of prescription medicines to ease the pain of a brain tumor and other illnesses before she took up another drug: pot.

Raich keeps a supply of marijuana, also known as cannabis, at her home in Oakland, Calif., reports CBS News Early Show National Correspondent Thalia Assuras. Without the drug, she believes she wouldn't be alive today.

"Cannabis is responsible for getting me out of my wheelchair and giving life back to me, so that I can be a mom for my kids," Raich said.

Raich uses pot every two hours to alleviate the pain from multiple illnesses, including an inoperable brain tumor and seizures.

The mother of two has the support of her doctor and a California medical marijuana law.

The Supreme Court hears arguments Monday whether that's enough to protect Raich from the federal government, which makes no exceptions for the seriously ill in its war on drugs.

Groups such as the Drug Free America Foundation fear a government loss in this case will undermine campaigns against addictive drugs.

Supporters of Raich and another ill woman who filed a lawsuit after her home was raided by federal agents argue that people with the AIDS virus, cancer and other diseases should be able to grow and use marijuana.

California and ten other states have approved the use of marijuana for medical reasons. The federal government claims cannabis has no medical value and says pot is part of illicit drug trafficking -- in other words, illegal interstate commerce, Assuras reports. Lawyers for the two women say the medical marijuana is obtained in California and that there's no commercial transaction because the drug is free or grown by patients.

After hearing the arguments, the Supreme Court will consider whether the federal law that bans marijuana possession can be enforced in those states.

The San Francisco-based 9th U.S. Circuit Court of Appeals had ruled against the government in a divided opinion that found federal prosecution of medical marijuana users is unconstitutional if the marijuana is not sold, transported across state lines or used for non-medicinal purposes.

Lawyers for Raich and Diane Monson contend the government has no justification for pursuing ill small-scale users. Monson, a businesswoman who lives near Oroville, Calif., has degenerative spine disease and grows her own marijuana plants in her backyard.

"The federal government has no compelling interest in condemning Angel Raich and Diane Monson to avoidable suffering and even death," their lawyers told justices in a court filing.

The Bush administration argues that Congress has found no accepted medical use of marijuana and needs to be able to eradicate drug trafficking and its social harms.

The Supreme Court ruled three years ago that the government could prosecute distributors of medical marijuana despite their claim that the activity was protected by "medical necessity."

Dozens of groups have weighed in on the latest case, which deals with users and is much more sweeping.

Alabama, Louisiana and Mississippi, conservative states that do not have medical marijuana laws, sided with the marijuana users on grounds that the federal government was trying to butt into state business of providing "for the health, safety, welfare and morals of their citizens."

Some Republican members of Congress, meanwhile, urged the court to consider that more than 20,000 people die each year because of drug abuse. A ruling against the government, they said, would help drug traffickers avoid arrest, increase the marijuana supply and send a message that illegal drugs are good.

Medical marijuana was an issue in the November elections. Montana voters easily approved a law that shields patients, their doctors and caregivers from arrest and prosecution for medical marijuana. But Oregon rejected a measure that would have dramatically expanded its existing medical marijuana program. 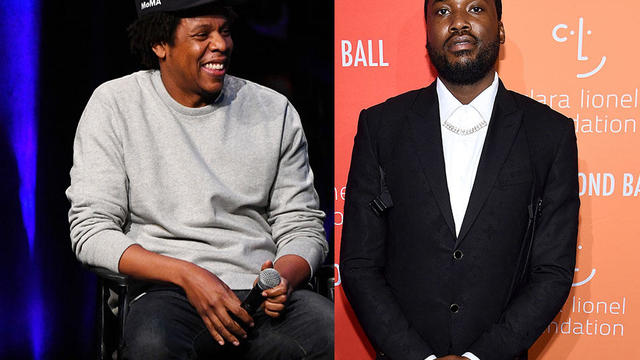