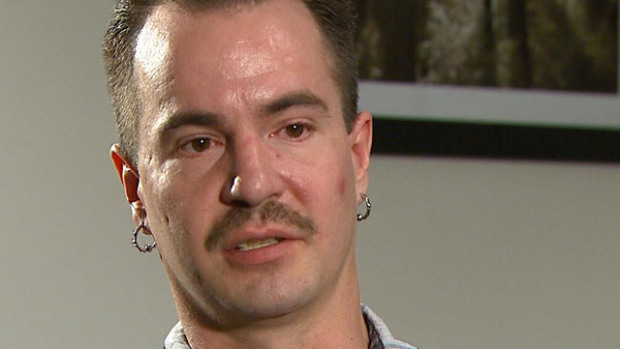 DENVER -- Pot may be legal in Colorado, but you can still be fired for using it.

Brandon Coats, a quadriplegic medical marijuana patient who was fired by the Dish Network after failing a drug test more than four years ago, says he still can't find steady work because employers are wary of his off-duty smoking.

In a case being watched closely around the country, Colorado's Supreme Court on Tuesday heard arguments in Coats' case, which could have big implications for pot smokers in the first state to legalize recreational sales of the drug. The case highlights the clash between state laws that are increasingly accepting of marijuana use and employers' drug-free policies that won't tolerate it.

It could be weeks or months before the six justices issue their ruling. They fired a barrage of questions at attorneys from both sides, but offered no glimpses into their opinions on the matter.

Coats attorney Michael Evans argued that his client's marijuana use is allowed under a state law intended to protect cigarette smokers from being fired for legal behavior off the clock.

But the company argues that because pot remains illegal at the federal level, medical marijuana isn't covered by the state law.

"This case need not be an endorsement or an indictment of medical marijuana" but a chance to set standards for employee conduct, Dish attorney Meghan Martinez told the judges.

Coats, 35, was paralyzed in a car crash as a teenager and has been a medical marijuana patient since 2009, when, after a doctor's urging, he discovered that pot helped calm violent muscle spasms that were making it difficult to work.

Coats, who worked for three years as a telephone operator with Dish, failed a random drug test in 2010 and was fired. He said he told his supervisors in advance that he probably would fail the test.

He said he was never high at work, and Dish did not allege he was ever impaired on the job. But pot's intoxicating chemical, THC, can stay in the system for weeks.

"We are arguing he was using THC in the workplace," Martinez told the judges. "He smoked marijuana while he was at home and then he crossed the threshold and came to work at Dish with THC in his system. ... The use is the effects."

Coats' case comes to the justices after a trial court judge and Colorado's appeals court upheld his firing, saying pot can't be considered "lawful" if it is outlawed at the federal level.

A patchwork of laws across the country and the conflict between state and federal laws has left the issue unclear. Twenty-three states and Washington, D.C., allow medical marijuana, but courts have ruled against employees who say their pot use is protected. Colorado and Washington state also now allow recreational sales, though court cases so far have involved medical patients.

Colorado's constitution specifically says that employers don't have to amend their policies to accommodate employees' marijuana use. But Arizona law, for example, says workers can't be punished for lawfully using medical marijuana unless it would jeopardize an employer's federal contract.

State Supreme Courts in California, Montana and Washington state have all ruled against fired patients. A lawsuit filed by a physician assistant in New Mexico who said she was fired for using medical marijuana, which helps with her post-traumatic stress disorder, is still pending.

The outcome of Coats' case could affect future lawsuits by employees fired for smoking recreationally, said Denver labor and employment attorney Vance Knapp. If Dish prevails, other employers will likely cite the case in defending themselves, he said.

A Coats victory, he added, "would turn employment policies into chaos." Other states with lawful activity laws could see them challenged as a result.

Dish said in court filings that Colorado companies would be forced to retain employees in spite of "marijuana-induced performance problems," and the company would risk losing federal contracts if the Supreme Court sides with Coats.

But Coats, who has been living off disability benefits, said the costs are greater if he loses because he needs marijuana to function.

"I need this to live my life," he said. "That shouldn't disable me to work."