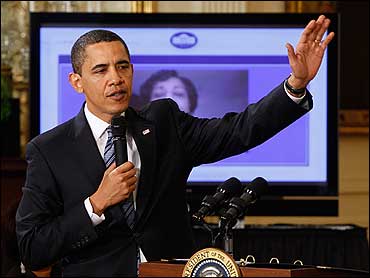 President Obama today is conducting his now-annual YouTube question-and-answer session, and as always, the questions dominating YouTube today have to do with marijuana.

More than 193,000 people have submitted questions for the president via the video website or cast votes, rating the questions positively or negatively.

The Huffington Post reports that of the first 200 highest-rated questions, 198 have to do with drug policy. The top-rated question comes from a retired police officer with the group Law Enforcement Against Prohibition.

"The so-called war on drugs has been waged for 40 years at a cost of a trillion dollars and thousands of lives, with nothing to show for it but increased supplies of cheaper drugs and a dramatic increase in violence associated with the underworld drug market," the officer says in his video. "Do you think there will or should come a time to discuss the possibility of legalization, regulation and control of all drugs, thereby doing away with the violent criminal market as well as a major source of funding for international terrorism?"

When marijuana questions dominated his online "town hall" in 2009, Mr. Obama did take the time to answer one of the questions, stating that he opposes marijuana legalization, though he took a dismissive tone. "I don't know what this says about the online audience," he joked, referring to the popularity of the question. In 2010, he ignored the issue.

"We are encouraged by the grassroots response bubbling up around this issue and urge President Obama to address this issue seriously and thoroughly," the statement said. "The American people want to know why our country is continuing the failed, catastrophic policy of drug prohibition."

The president is scheduled to answer the questions at 2:30 ET. You can watch live here.