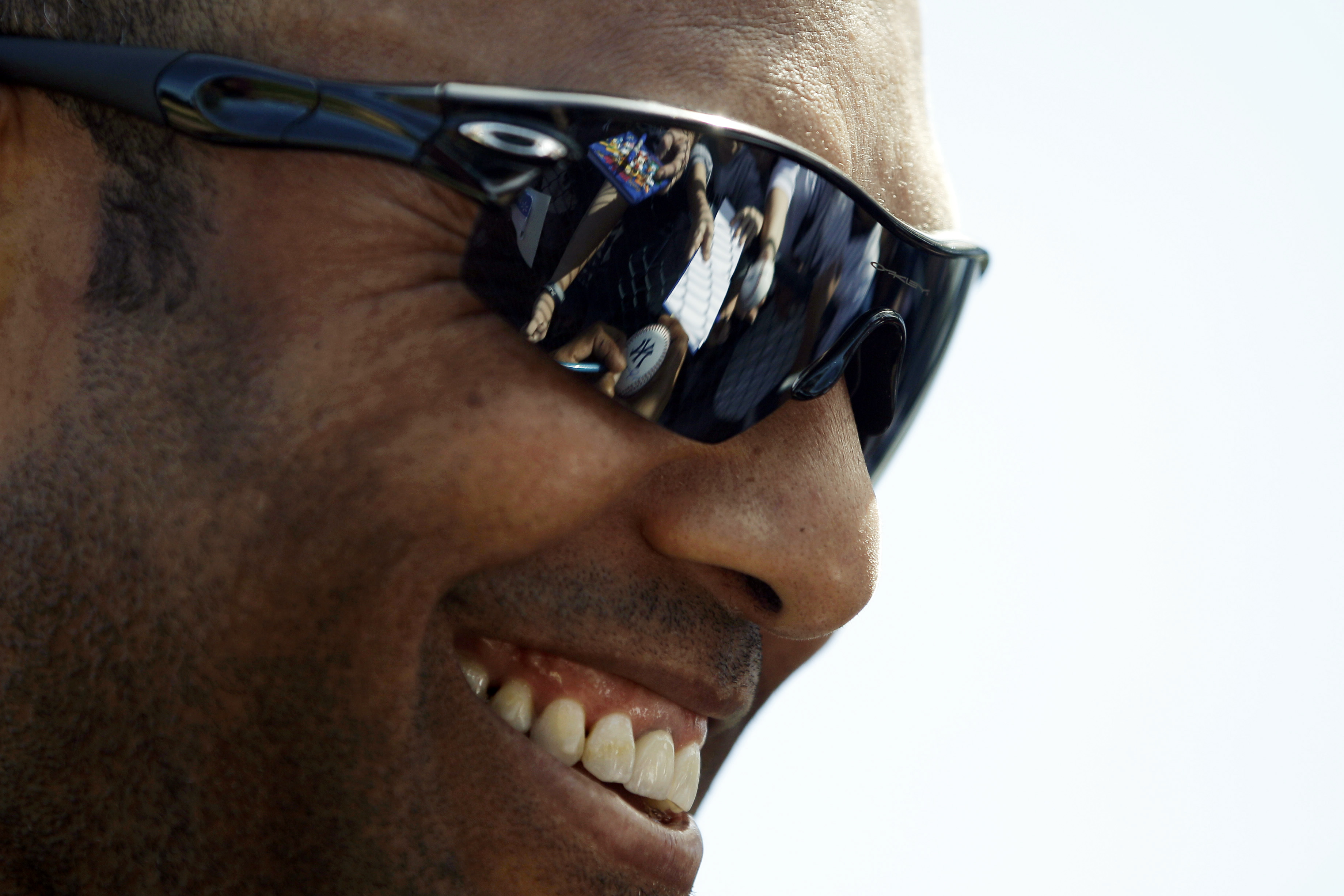 TAMPA, Fla. - Mariano Rivera hinted 2012 could be his final year in the major leagues, saying he won't announce his long-term plans until after the season.

The New York Yankees 42-year-old closer says he has reached a decision about whether he will retire or return in 2013 but said he won't reveal it until "maybe October."

Rivera, the career saves leader with 603, is signed through this season. Following the retirements of Bernie Williams, Andy Pettitte and Jorge Posada, Rivera and 37-year-old Derek Jeter are the only remaining players from the core group that led the Yankees' resurgence.

"My kids want me home," Rivera said Monday. "They were ready for me to stay home. I had to tell them, I have a job to do. I have obligations."

Should he retire, Rivera has many interests away from baseball.

"I have my church, my family," he said. "I've been blessed in amazing ways. I've have a great career, but at the same time, there's other things to do."

Rivera played catch with fellow reliever Rafael Soriano during the Yankees' first workout of the year. When asked whether he was as excited as he was in his first big league camp almost 20 years ago, Rivera responded: "Believe it."

Rivera was 1-2 with 44 saves in 49 chances and a 1.91 ERA. He was selected for his fourth straight All-Star appearances and 12th overall.

Rivera had an eventful offseason, undergoing surgery in December to remove polyps from his vocal chords.

"It did scare me," Rivera said. "It did change a lot of things. It shows you how quick you can be gone. How important not to overlook anything. It could be cancer. I was relieved when everything came back negative."

Rivera wasn't able to talk for a week following the operation,

"Not being able to speak, I was going crazy," he said, "but at the same time you appreciate that."

Notes: DH Raul Ibanez has agreed to a $1.1 million, one-year contract that allows him to make $2.9 million more in performance bonuses, a person familiar with the agreement said, speaking on condition of anonymity because the deal had not been announced. The 39-year-old outfielder, who played with Philadelphia the last three seasons, is expected to be the Yankees' primary designated hitter against right-handed starting pitchers. ... The Yankees have an offer out to re-sign backup INF Eric Chavez.

... RHP Joba Chamberlain (elbow ligament replacement surgery) threw off a 5-inch half-mound for the fifth time and remains on target to throw off a full mound on Feb. 28. ... Lou Piniella, a special assistant to the general manager with San Francisco last season, will join a group of spring training instructors that also includes Yogi Berra, Reggie Jackson, Goose Gossage and David Wells. ... Manager Joe Girardi said if he made up a lineup on Monday, Derek Jeter would hit leadoff, with Robinson Cano batting third, Alex Rodriguez fourth and Mark Teixeira fifth.

​Bad sports: Violence by athletes off the field