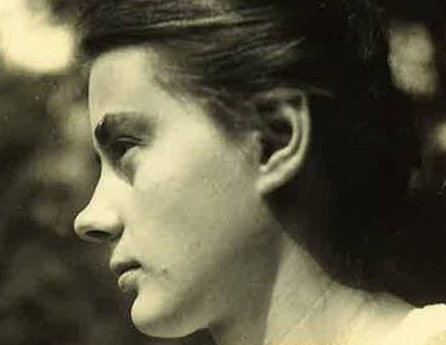 Maria Franziska von Trapp, the last surviving sibling of the original singing von Trapp family whose story inspired "The Sound of Music," has died in Vermont. She was 99 years old.

A spokeswoman at the Trapp Family Lodge in Stowe, Vt., confirmed she died Tuesday.

"Maria had a wonderful life and we will miss her. The memories of her will live on," her half-brother Johannes von Trapp said in a statement.

Born in 1914 in Zell Am See in the Austria Alps, Maria Franziska was the third of seven children of the aristocratic Georg von Trapp and his first wife, Agathe Whitehead, who died in 1922.

As a child, Maria Franziska had scarlet fever, the same disease that killed her mother. While she was recuperating, a young woman from the local convent was brought in to tutor her at home. This was Maria Augusta Kutschera, the Maria character Julie Andrews immortalized in the 1965 movie version of "The Sound of Music."

Kutschera began teaching the other children too. She went on to marry the widowed sea captain and became stepmother to his seven young children. They went on to have three more children, two daughters and son Johannes.

The family began singing together in the mid-1930s. In 1938, they fled Nazi-occupied Austria and eventually settled in the United States, where they opened an inn in 1942. Maria von Trapp wrote a book, "The Story of the Trapp Family Singers," published in 1949, which became the basis for the Rodgers and Hammerstein musical "The Sound of Music."

Maria Franziska von Trapp served as a lay missionary in Papua New Guinea, according to the Trapp Family Lodge website, before returning to Vermont to live. She is represented by Louisa, played by Heather Menzies-Urich, in the 1965 movie.

At the age of 97, she wrote fondly of her childhood memories and cleared up one myth from the movie. Capt. von Trapp did have a special whistle to call each of his children – but they didn't see it as a strict measure for keeping discipline.

"As a U-boat commander, he needed a Bosun's Whistle to give commands, especially in the howling winds and roaring sea where a voice could be drowned out. In Salzburg, we had a large house and large gardens, so he used that whistle to call us instead of his voice, which we might not have heard. Each one of us had a special call," she wrote on the lodge website.

"When we heard this, we stormed to him, but we never had to march or stand at attention."

Maria Franziska was the last surviving member of the original seven von Trapp children. Oldest daughter Agathe von Trapp, the inspiration for Liesl in "The Sound of Music," died in 2012 at the age of 97.