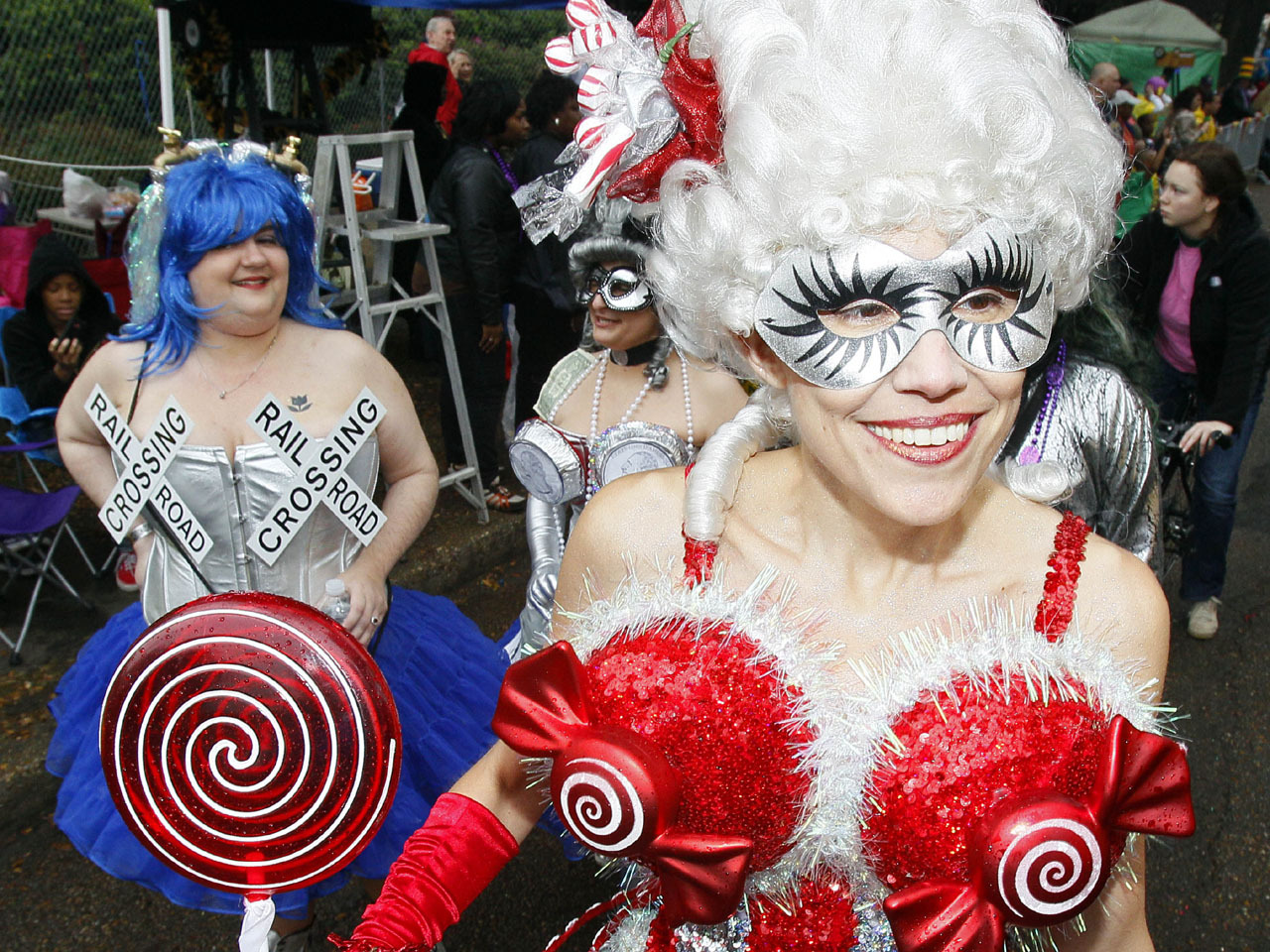 NEW ORLEANS - Revelers bared flesh and threw beads on Bourbon Street until the sun rose on Mardi Gras to mark the annual pre-Lenten celebration that takes on so many shapes in New Orleans, from early morning parades to gay costume balls and second-line dancing of Mardi Gras Indians.

The festivities began shortly after sunrise, as members of the traditionally African-American Krewe of Zulu boarded floats at the Louisiana Superdome in preparation for their annual parade through the city.

Soon to follow would be the parade of Rex, King of Carnival. Entertainer Pete Fountain's marching club hit the Uptown streets shortly after 7 a.m. on its trek through downtown and into the French Quarter.

Gray skies hung over the city and there was a threat of rain. But spirits, at least so far, didn't appear dampened.

On Bourbon Street, the rain turned the garbage remaining from Monday night's revelry into mush.

But that didn't keep the tradition of costumes that lampoon current events from popping up.

Logue, an oil field consultant from Barataria, La., who said he did work for BP in Alaska, didn't have to do much shopping to build his costume. He already had a hard-hat helmet and BP branded sweat shirt.

"The only I had to shop for was the Jim Beam and that was to ease the pain of the oil spill," Logue said.

As part of his costume, Logue carried super-absorbent kitchen napkins to clean up any kind of mess he might encounter, though the most likely spill on Bourbon Street would be beer and not crude oil.

This year, Carnival has seemed bigger and more brash than in recent years since Hurricane Katrina, perhaps because this year it falls during spring break.

"Since it seems that we're going to have the largest crowd that we've had in a few years, I just hope the crowds are having a good time," said Anthony "Tony" Barker, king of Zulu.

People were having a good time.

"No matter the weather, we're going to have some fun," said Henry Youngblood, a 78-year-old second-liner and retired praline salesman.

The city was in a triumphant mood.

"We're back all the way, and we'll continue climbing," said Herschel Abbott Jr., the king of Rex, the holder of the keys to the city during Carnival.

The triumph was not without reason. New Orleans — America's poster child of disaster — has come a long way since Hurricane Katrina. Its beloved New Orleans Saints won the Super Bowl last year and it has largely overcome the disaster of the BP oil spill.

This year, the sheer timing of Mardi Gras helped. It fell later than usual and coincides with spring break for college students. Students have been out in force — giving a bit more punch to this annual pre-Lenten celebration.

Ali Miller, 23, an early childhood major at the University of Southeastern Louisiana, was jubilant as she walked home Mardi Gras morning after a long night of drinking in the French Quarter and throwing beads from a balcony on Bourbon Street.

"There is nothing like New Orleans," she said. "I would never ever want to grow up anywhere but here! And Mardi Gras is the craziest time you could ever have in life — I don't know what else to say."

Mardi Gras officially kicked off Monday evening when Rex was given the keys to the city by New Orleans Mayor Mitch Landrieu in a blowout on the riverfront that included fireworks, music, a fly-over by Dolphin military helicopters and Rex's pronouncement that "all commercial endeavors be suspended and that pleasure may rule day and night."