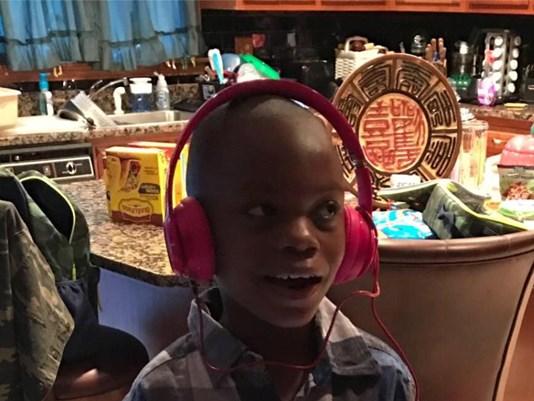 PEARLAND, Texas -- Police in Texas have found the body of the 9-year-old autistic nephew of former NBA player Marcus Camby who went missing during the family’s Thanksgiving celebration on Camby’s property.

“The Pearland Police Department regrets to inform the community that Marcus McGhee has been found. Today’s search will be called off. We thank all of you for your efforts. The family is now in need of our prayers. Additional details will be released later.”

Lopez said there appeared to be no signs of foul play.

McGhee, who had autism and was nonverbal, was reported missing Thursday. He had traveled to Texas from Connecticut for the holiday. Because of his autism, search crews were told he couldn’t cry out for help and that loud noises could scare him away.

On Friday, officers targeted areas between Cullen Boulevard and Hatfield Road and Brookside and Bailey Roads. Detectives also asked businesses along FM 518 or West Broadway to look at their cameras--to see if they might have caught a glimpse of something in a search that investigators admitted was tough.

Hundreds of people from the community gathered to help in the search for Marcus.

A Coast Guard helicopter had searched local bodies of water Thursday but found nothing.