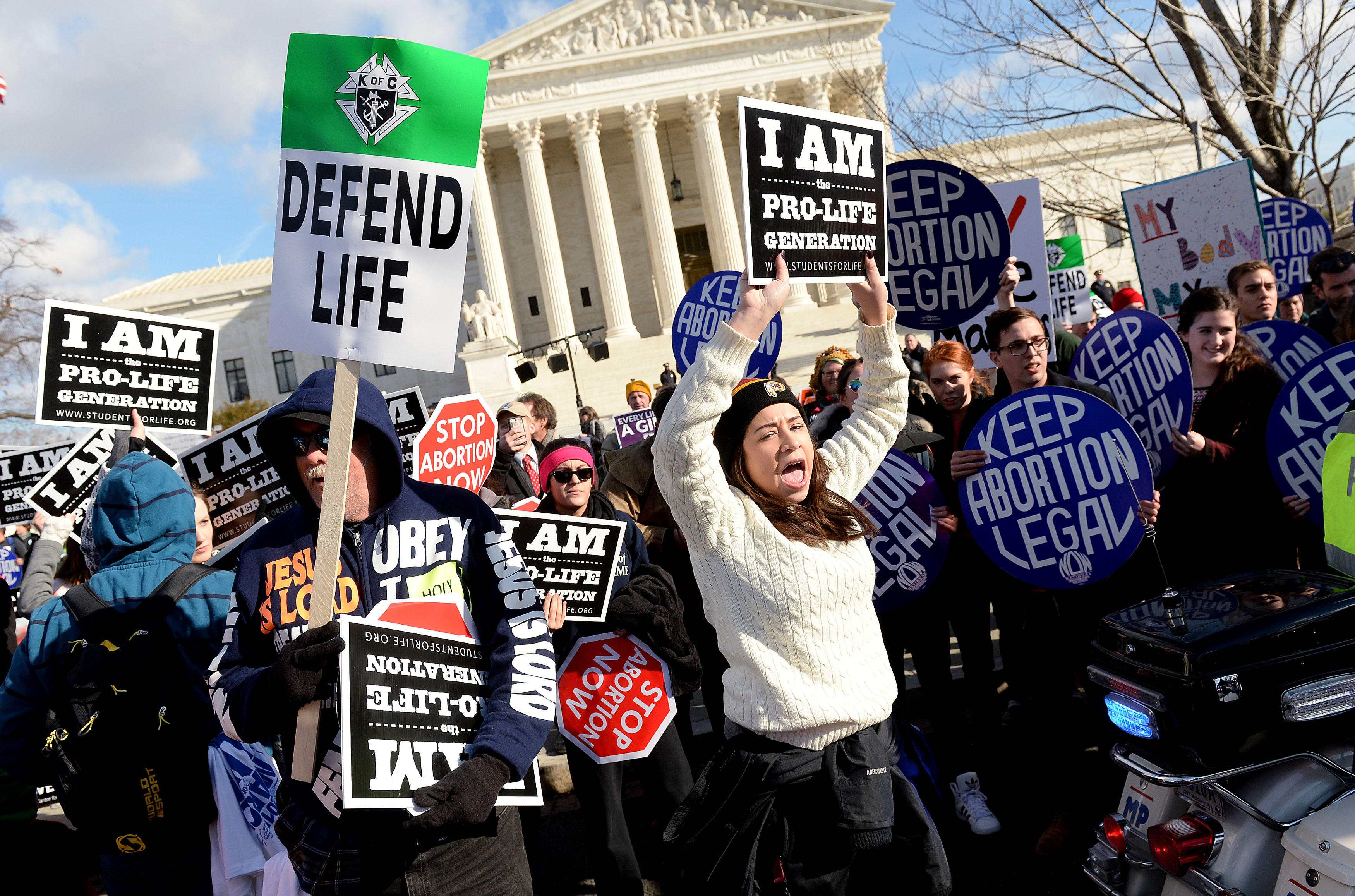 Tens of thousands of activists will gather Friday in Washington for the March for Life anti-abortion rally. Vice President Mike Pence is expected to address the gathering – something the group said no president or vice president has ever done previously at the event, according to the Associated Press.

The protesters will be walking a mile and a half to the Supreme Court, protesting its 1973 decision that the Constitution guarantees a woman’s right to an abortion. But with President Donald Trump just days away from announcing his choice to fill an open Supreme Court seat, for prospective nominees, taking that position publicly at any point in their lives can be disqualifying, reports CBS News chief legal correspondent Jan Crawford.

Every year since Roe v. Wade, they’ve come to protest. Now with Mr. Trump filling a Supreme Court vacancy, anti-abortion advocates hope he will nominate a justice like the late Antonin Scalia, who believes Roe should be overturned.

“The justices that I’m going to appoint will be pro-life,” Mr. Trump said at the third presidential debate.

But for federal appeals court judge William Pryor, outspoken opposition to abortion as Alabama’s attorney general has pushed him to the bottom of Mr. Trump’s short list.

“Now, you said on occasion, on several occasions, that Roe v. Wade is quote, ‘the worst abomination of the history of constitutional law.’’ A -- do you believe that as of right now?” Senator Chuck Schumer asked Pryor during his 2003 confirmation hearing.

“I believe that not only is the case unsupported by the text and structure of the Constitution, but it has led to a morally wrong result,” Pryor said then. “It has led to the slaughter of millions of innocent unborn children. That’s my personal belief.”

“If you stake out a pro-life position, many in Washington view that as an automatic disqualifier,” said attorney Jay Sekulow, an expert on religious liberty. “It doesn’t work the other way around; if you take a pro-choice position, no one says anything.”

Mr. Trump is now focused on another judge with a working-class background: Thomas Hardiman. As a former attorney, Hardiman has been less vocal about his personal views.

“Our role as judges is to interpret the law,” Hardiman said.

Either way, the protesters descending on Washington Friday are going to keep abortion at the center of any Supreme Court fight.