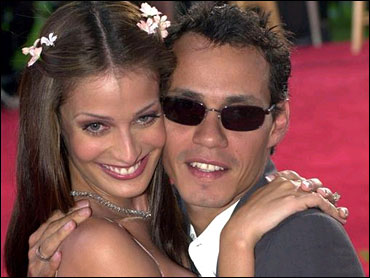 "It's fitting to accept this divorce by mutual consent," Judge Maritza Capellan said. Anthony has been reportedly been dating singer Jennifer Lopez.

Anthony was present during the hearing last week on the divorce motion filed by both him and Torres. The Dominican Republic offers quick divorces to foreigners as long as one of the spouses is present.

The authorization for divorce will now go through other officials, including the secretary of state for external relations and then the U.S. Embassy, at which point it will become final.

Anthony and Torres married in Las Vegas in 2000. They split up in July 2002, but never legally separated. They renewed their wedding vows at a lavish ceremony at a cathedral in San Juan, Puerto Rico, in December 2002. They have two young children, Cristian and Ryan.

The judge's divorce ruling says Anthony is to pay Torres $3,500 a month in alimony, plus child support of $6,500 a month for each child.

It also says Torres is to keep homes in Miami and San Juan, Puerto Rico, while Anthony will keep another home just outside San Juan, plus others in Long Island, New York, and New York's Catskill Mountains.

According to the document, Anthony also agreed to turn over cars - a BMW and Lincoln Navigator - to Torres within a month.