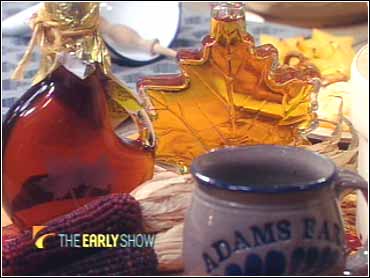 (CBS/AP) MONTPELIER, Vt. - Try selling imitation maple syrup and you could soon find yourself in a sticky - and illegal - situation.

The move comes after a recent Food and Drug Administration investigation that found a Rhode Island man had been selling "Vermont maple syrup" that contained no actual syrup at all.

Leahy's proposal would create a new federal felony offense and increase the sentences that prosecutors can seek for people who defraud consumers and farmers by intentionally mislabeling maple products.

Leahy announced his plan at the same time he was announcing the state had received a $70,000 federal grant to help market Vermont maple syrup.