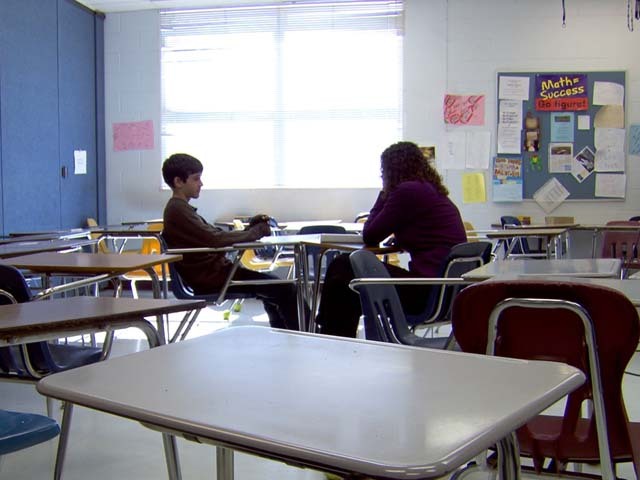 Millions of Americans tuned in to Sunday's "60 Minutes" and were moved by a piece called "Homeless Children: the Hard Times Generation" by Correspondent Scott Pelley. He looked at the crisis of homelessness in the Orlando area, specifically at some of the youngest victims of these recent tough times.

The children featured in the profile spoke about hunger and the difficult decisions their families face to make ends meet, such as choosing food over electricity.

Since that story aired on Sunday, the reaction from across the country has been extraordinary. Florida social worker Beth Davalos, who runs the Seminole County Public Schools "Families in Transition" program and helped many of the students featured in the piece and their families, appeared on "The Early Show" Thursday.

Since the piece, Davalos said the reaction has been "unbelievable."

"People are calling all day long, at least 10 phone calls an hour, just wanting to -- they're shocked," she said. "They want to know what they can do. They were so moved by it. They are so sad to hear that this is happening in America. And they just feel this call to action that they want to help."

Co-anchor Erica Hill said, "There are 1,500 homeless students in your district alone. What are some of the pledges that have been made to help these children and their families?"

"There have been so many," Davalos said. "People are offering jobs. Financial donations, 3,600 lasagna dinners. Like a third-grader who wants to give all his clothes that he doesn't fit anymore. College groups that want to do projects. It's -- there's so many different ideas. They just want to get involved and do something. People are so saddened by this really occurring here in the United States."

Hill observed, "I know that seems to be the theme for many people. They just can't believe it would happen here, in this country. But it is happening. And one of the children that Scott spoke with said, and this I'm sure you deal with a lot, she said she kind of feels like it's her fault that her parents are going through this and the family is struggling with hit. How are the children doing?"

Davalos said the children take on the responsibility for the family.

She explained, "They hear a lot of conversations that they normally wouldn't hear because they're living in very small areas. One room. Or a motel room. So they hear their parents talking about having children and needing help. So, they take responsibility and it's not their fault. But that's the natural way children are sometimes."

As for the kids featured in the "60 Minutes" piece, Davalos said they feel "very, very proud."

Davalos said, "They were motivated to do it because they wanted other children to know that they're not alone. And I think they're achieving their goal and they should be very proud."

Hill asked Davalos what people can do to help in their own communities with this issue.

Davalos said, "Awareness is most important. It is happening everywhere. There's 1.5 million homeless children identified right now. And the numbers are much more than that. But they can go to their local school districts. Ask them how many homeless children do we have? And what are your needs? They might need gift cards, they might need new clothing or shoes or financial donations or help that these children will have access to sports programs or clubs or even gas cards, so their parents can go look for a job. There's so many ways to help. But the first thing is, find out what's going on in your neighborhood. And what are your community needs?

How you can help
Families in Transition
NAEHCY
Feeding America

She added, "And, of course, you know, I'm so appreciative of the support that Seminole County is receiving. It's extremely significant and extremely important."