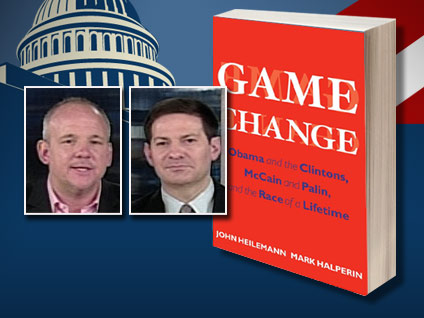 Soldiers headed for Iraq are still buying their own body armor - and in many cases, their families are buying it for them - despite assurances from the military that the gear will be in hand before they're in harm's way.

Body armor distributors have received steady inquiries from soldiers and families about purchasing the gear, which can cost several thousand dollars. Though the military has advised them not to rely on third-party suppliers, many soldiers say they want it before they deploy.

Last October, it was reported that nearly one-quarter of American troops serving in Iraq did not have ceramic plated body armor, which can stop bullets fired from assault rifles and shrapnel.

The military says the shortfall is over and soldiers who do not yet have the armor soon will. But many want to avoid the risk.

"What we hear from soldiers is that they are told that they are going to get body armor just before they leave or just after they get there. But they don't want to take a chance," said Nick Taylor, owner of Bulletproofme.com, an online distributor of body armor in Austin, Texas.

Inquiries rise and fall with the rate of deployments, fueled by stories of units falling under attack as little as a day after being issued body armor. Whether they are true, the stories are prompting families to think about buying the equipment, Taylor said.

Reliance Armor in Cincinnati, which makes armored vests for soldiers and police, has nearly doubled in size as a result of the shortage.

"We're getting people locally who are deployed National Guard and parents, specifically, coming in and buying," said Don Budke, the company's vice president of sales. "The military people don't want to advertise the fact that there are people doing this on their own."

Dan Britt paid about $1,400 for body armor for his son, a medic stationed in Kuwait who had orders to move into Baghdad. He recently heard his son received it.

"In war, as we've learned through all our history, who gets killed and who doesn't is just happenstance," said the father from Hamilton, Ohio. "But if I can raise the odds, then I'll feel better."

Those that need the armor most are already certain to have it, said Army spokesman Maj. Gary Tallman, and families should not buy the equipment.

"What we have told family members who have contacted us is that the Army cannot attest to the safety or the level of protection of body armor purchased rather than issued for a soldier," Tallman said.

The Defense Department says it has contracted with one manufacturer for its armor. Point Blank Body Armor, which produces the Interceptor brand, has all but stopped selling to the public.

Nancy Durst recently learned that her husband, a soldier with an Army reserve unit from Maine serving in Iraq, spent four months without body armor. She said she would have bought armor for her husband had vests not been cycled into his unit.

Even if her husband now has body armor, Durst said she was angry he was without it at any time. Her husband also has told her that reservists have not been given the same equipment as active duty soldiers. "They're so sick of being treated as second-class soldiers," she said.

Sen. Susan Collins, R-Maine, who serves on the Armed Services subcommittee, said she knows soldiers who were told by the military to buy body armor before leaving, rather than risk arriving with nothing but their shirts.

"We lagged far behind in making sure that our soldiers who are performing very difficult and dangerous missions had protective equipment," she said.

A bill being considered in Congress would reimburse families who bought body armor before the Army asked for increased production to bridge the gap between soldiers who had armor and those that did not.

Jonathan Turley, a George Washington University law professor who has talked with hundreds of families who bought body armor for soldiers in Iraq, said the military lost the trust of soldiers' families.

In that regard, it is not surprising that families bought body armor in spite of what military advised, he said.

"There still is a lingering level of mistrust with some families as to whether there are people thinking about the best equipment and needs of their loved ones," Turley said. "No one that I know of has been truly held accountable."