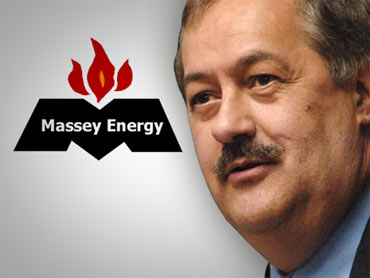 This column was written by Patrick Basham.

The recent homegrown plot in Britain to blow up transatlantic flights will intensify the fear that the country's 1.6 million Muslims are rejecting political tolerance and free speech for a violent, radicalized version of Islam. There is a real concern that British Muslims do pose a threat to that country and its traditional values. So how prevalent are such radical views among British Muslims?

Some answers are provided by the most comprehensive survey to date of Muslim opinion in Britain. The results from NOP Research, broadcast by Channel 4-TV on August 7, are startling.

Forty-five percent say 9/11 was a conspiracy by the American and Israeli governments. This figure is more than twice as high as those who say it was not a conspiracy. Tragically, almost one in four British Muslims believe that last year's 7/7 attacks on London were justified because of British support for the U.S.-led war on terror.

When asked, "Is Britain my country or their country?" only one in four say it is. Thirty percent of British Muslims would prefer to live under Sharia (Islamic religious) law than under British law. According to the report, "Half of those who express a preference for living under Sharia law say that, given the choice, they would move to a country governed by those laws."

Twenty-eight percent hope for the U.K. one day to become a fundamentalist Islamic state. This comports with last year's Daily Telegraph newspaper survey that found one-third of British Muslims believe that Western society is decadent and immoral and that Muslims should seek to end it.

The news is no less alarming on the question of freedom of speech. Seventy-eight percent support punishment for the people who earlier this year published cartoons featuring the Prophet Mohammed. Sixty-eight percent support the arrest and prosecution of those British people who "insult Islam." When asked if free speech should be protected, even if it offends religious groups, 62 percent of British Muslims say No, it should not.

Also concerning freedom of speech, as the NOP Research survey reports, "hardcore Islamists" constitute nine percent of the British Muslim population. A slightly more moderate group is composed of "staunch defenders of Islam." This second group comprises 29 percent of the British Muslim population. Individuals in this group aggressively defend their religion from internal and external threats, real or imagined.

The scary reality is that only three percent of British Muslims "took a consistently pro-freedom of speech line on these questions." The Muslim threat to British security is so severe that the assistant London police commissioner, Tarique Ghaffur, has called for an inquiry into the radicalization of young Muslims. Ghaffur sadly describes "a generation of angry young people vulnerable to exploitation."

Before the London bombings, British intelligence services estimated that one percent of British Muslims either support or are involved in terrorism. While this is mainly a peaceful and productive immigrant population, a significant number are prepared to act against their own country.

The British government believes that, in recent years, 3,000 British Muslims have returned home from al Qaeda training camps. Intelligence experts estimate that 1,200 Muslim radicals (80 percent of Pakistani origin) are currently pursuing a terrorist rather than a democratic option to vent their disgust at Tony Blair's support for America's invasion of Afghanistan and Iraq and opposition to Hezbollah.

This terrorist weed that is choking the U.K. is especially hard to eradicate because it is growing in British soil. America's fastest-growing religion is Islam, but here in the States the numbers are not a security concern, as a commitment to Islam has not overwhelmed a strong attachment to America itself — another victory for the cultural melting pot.

By contrast, the U.K. embraced taxpayer-subsidized multiculturalism and has paid a very dear price, indeed. The result — cultural apartheid — has encouraged a significant number of Muslims to exhibit more loyalty to fellow Muslims outside of the U.K. than to their fellow Britons.

Patrick Basham is director of the Democracy Institute, a Washington-based think tank.

By Patrick Basham
Reprinted with permission from National Review Online

The Legacy Of Condoleezza Rice