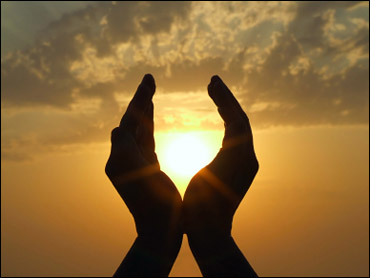 When it comes to dealing with illness, most Americans turn to a higher power for help, a new study suggests.

"Outside of belief in God, there may be no more ubiquitous religious expression in the U.S. than use of healing prayer," study author Jeff Levin said in a Baylor University news release. Levin is the director of the program on religion and population health at Baylor University in Texas.

About 87 percent have prayed for healing for others, the study found. Just over half said they did so often, according to a 2010 survey of more than 1,700 adults across the United States.

Almost 80 percent of Americans reported praying for healing for themselves at some point in their lives. Nearly one-third said they did so often, the survey showed.

About 54 percent have asked for prayers for their health, 26 percent have given a "laying on of hands" for healing, and 53 percent have been part of a prayer group, prayer circle or prayer chain, the study found.

"The most surprising finding is that more than a quarter of all Americans have practiced laying on of hands -- and nearly one in five has done so on multiple occasions," Levin said.

The practice of laying on of hands has long been used by Christians and Jews as a means to ordain clergy and to bless people, but also to transmit physical healing, Levin explained in the news release.

"Interestingly, most people who use prayer for healing do so alongside regular medical care, rather than as a substitution, as has been presumed up to now," he added.

The study was published online April 13 in the Journal of Religion and Health.