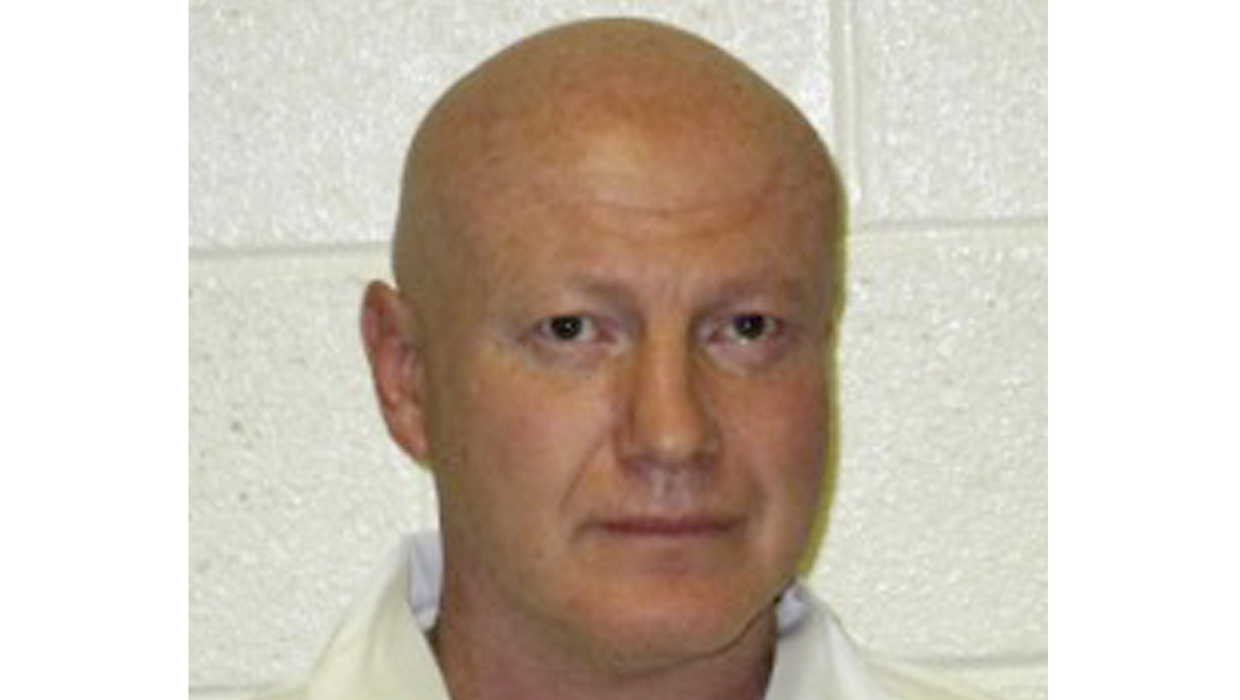 PINE BLUFF, Ark. - Arkansas' corrections system, which is looking for a murderer who walked away from a work detail, said Monday it isn't unusual for a killer to enjoy a special status that lets convicts perform tasks on either side of the prison fence.

Timothy "Bo" Buffington, 47, disappeared Saturday night from outside the Pine Bluff Unit. Buffington was serving a 20-year sentence for first-degree murder and would have been eligible for release in four years, Correction Department spokeswoman Shea Wilson said.

CBS affiliate KTHV reports Buffington broke into a safe at a house located on prison grounds Saturday and made off with a shotgun. Wilson said that, even though the door was dead-bolted, the convict managed to kick out the doorframe.

Jefferson County Sheriff's officials told the station on Sunday night that they believed Buffington was also armed with a backpack of ammunition to go along with the shotgun.

Since 2003, the inmate had held a special, trusted status within the prison system that let him work without constant supervision.

Wilson told KTHV the escaped convict confronted a woman who lives at the home where he stole the shotgun and tried to have her drive him off prison grounds, but she got away.

Buffington would eat and sleep inside the prison but would work on the grounds, mowing lawns and doing janitorial work, during the day, Wilson said.

Search crews on horses and with dogs concentrated on an area near the prison Monday where a resident reported hearing a gunshot. Authorities said they believe Buffington was armed with a shotgun and carrying a sack of ammunition.

"Shots fired, that could be anything," Wilson said. "We're just making sure it's not him."

Searchers also concentrated on looking in unoccupied homes, barns and outbuildings where someone could hide, she said. It was believed the Buffington was still near Pine Bluff, Wilson said.

Buffington was known as a "trusty," a designation given to model inmates. Wilson said it isn't unusual for killers to earn such status, nor is it unusual for less-violent offenders to be passed over because of the problems they give guards and the staff, Wilson said.

Over the years, some murderers have even been assigned to work details at the Governor's Mansion.

"Obviously, he (Buffington) did a horrible thing, but he was going to get out in four years," Wilson said. "The majority of our population is going to go home someday."

Prosecutors said Buffington, in July 1998, used a high-powered rifle to shoot his ex-wife, Rhonda Combs, 23, in the back of the head as she sat in the passenger seat of a pickup truck with her boyfriend, just outside the Booneville city limits. The couple had been divorced 18 months but were in a fight for custody of their two children, investigators said at the time.

Searchers found Buffington in a field off Highway 23 and arrested him about 90 minutes after the shooting. State police said at the time that Buffington had a rifle with him and troopers had to negotiate with him before he put down the rifle and surrendered.

Wilson said there was no indication Buffington had help in escaping the 948-prisoner unit.

Buffington is described as white, 5 feet 6 inches tall and 182 pounds, with a shaved head. He was in his prison whites when he got loose but Wilson said it's possible he has since changed clothes and otherwise altered his appearance, such as by wearing a hat.

Anyone seeing Buffington is advised to use extreme caution and call authorities.