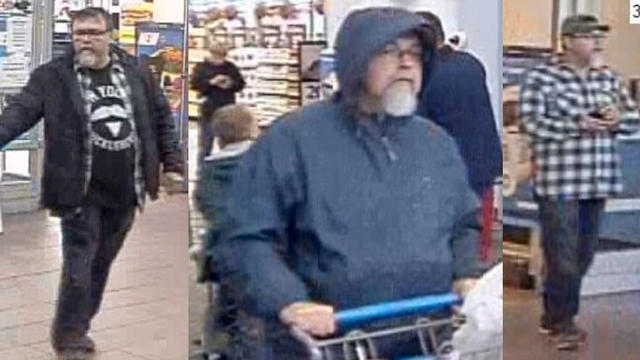 Police are searching this morning for a former teacher accused of convincing a teenage student to run away with him. Investigators in Tennessee believe Tad Cummins kidnapped 15-year-old Elizabeth Thomas.

Cummins was fired from his teaching job last week over alleged inappropriate behavior with the teen. He faces charges of sexual contact with a minor and aggravated kidnapping.

On the day Thomas disappeared, both wrote cryptic messages on Instagram. She posted a quote about “Beauty and the Beast.” Cummins wrote: “Let’s do this.”

Thomas was last seen at a restaurant in Columbia, Tenn., exactly a week ago, wearing black leggings and a flannel shirt. Investigators tell correspondent Omar Villafranca they have no idea where Thomas and her suspected kidnapper are now. Part of the reason? Both of their cellphones have been turned off.

James Thomas has a message for the man suspected of taking his younger sister: “Even if he doesn’t go with her, if he could leave her somewhere safe and let the police know where she is, so we can have her, if he can just drop her in a public place and say, ‘Hey, here she is.’”

A friend dropped Thomas off at Shoney’s Restaurant in Columbia the morning of March 13. About eight hours later, information obtained by the Tennessee Bureau of Investigation placed the teenager about 70 miles away, in Decatur, Ala.

Surveillance video appears to show Cummins putting gas in his silver Nissan before allegedly meeting up with Thomas on the morning she disappeared.

“We honestly have no idea where these two individuals are right now,” said Josh Devine, of the Tennessee Bureau of Investigation.

Despite amber alerts in Tennessee and Alabama, Devine says his agency isn’t getting the influx of tips they need.

The school district says they suspended Cummins when they were notified of the allegations. But Whatley says the school waited more than a week to take action.

“Any suggestion that he was suspended immediately when these allegations came out is just false,” he told Villafranca.

Over the weekend, Cummins’ wife begged him to come home. “This is not who you are,” Jill Cummins said. “We can help you get through this.

“My heart breaks for the family of Beth Thomas,” she added.

When asked what it might take for a break in the case, Devine said, “It takes one person who might be driving down a road and sees that Tennessee license plate, and they call 911, that breaks this thing wide open.”

“It’s been a week out; are you still optimistic?” Villafranca asked.

“You have to be optimistic. The mission of our agency is to find him, make sure he’s in custody, and bring her home.”

The Tennessee Bureau of Investigations says Cummins, who has no criminal record in Tennessee, is armed with two handguns.

Investigators also tell CBS News that Cummins appears to have been planning this for some time by watching survivalist shows.