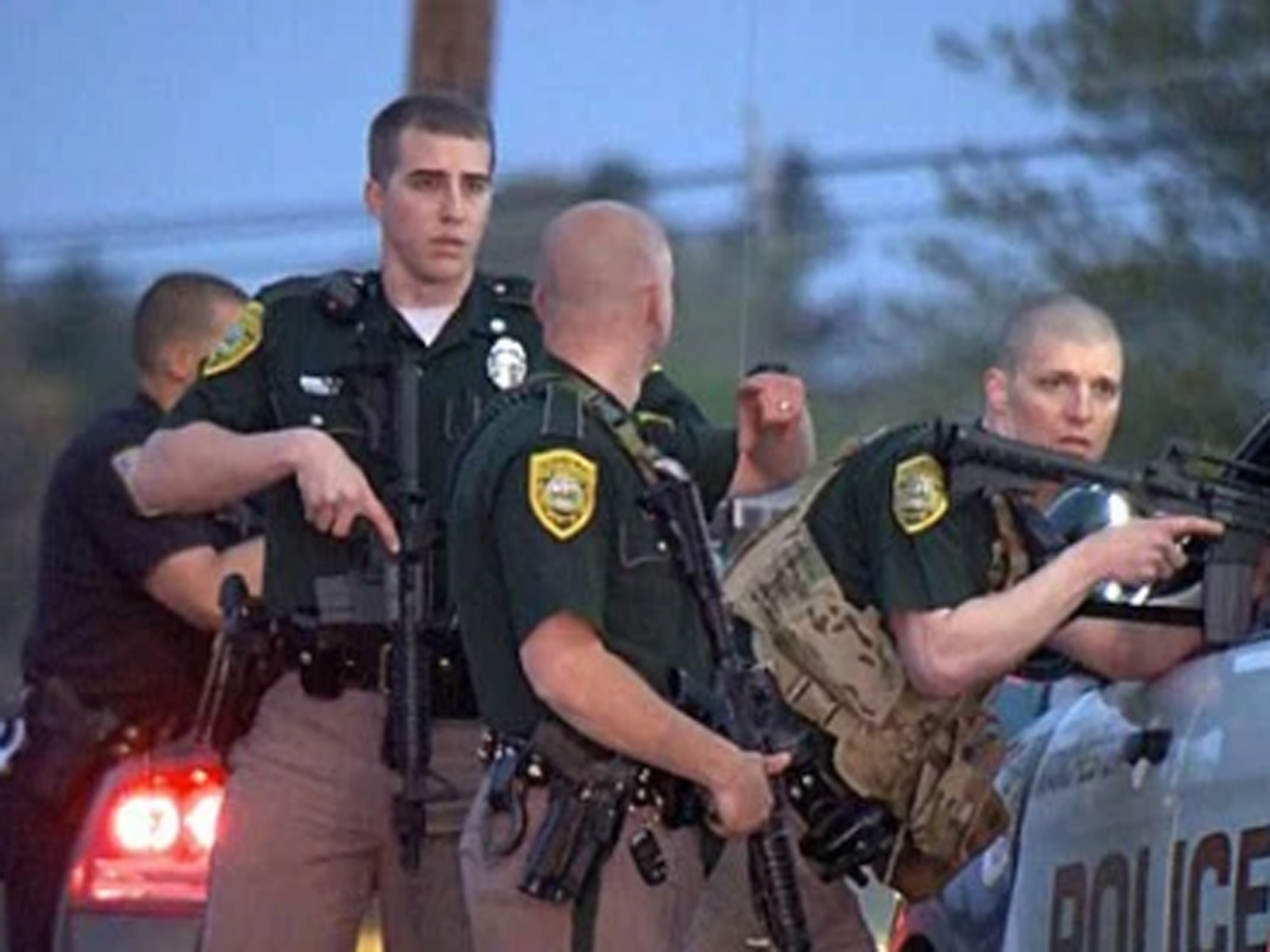 Police Chief Nick Willard said the two officers were shot at separate locations after 2 a.m., and they are recovering at hospitals and expected to be OK. Manchester Mayor Ted Gatsas said the officers, who were not identified, "seem to be fine."

There was no immediate word on the extent of the officers' injuries, and no details about the shootings have been released.

"I have spoken with them both and am grateful that they are expected to recover," Gov. Maggie Hassan said in a statement.

Several streets were blocked off and police were seen walking around later Friday morning, but they did not appear to be going door-to-door. A command post was taken down and a shelter in place order for some residents was lifted in late morning. Helicopters in the area were no longer present. It was not immediately known why the officials took the actions.

Floyd Johnson lives near one of the shooting sites on Manchester's west side, a mix of older homes converted into apartments and small businesses. He said he awoke to the sound of multiple gunshots at about 2:15 a.m. Seconds later, "all the police swarmed in," Johnson said.

He said he told his 13-year-old son to get on the floor. Police also told Johnson to stay put, away from the windows.

Johnson said he has lived on the west side all his life, and he has never seen anything like this before.

Willard said police are searching for the suspected shooter, described as a white man with long hair who is wearing a trench coat.

A number of schools in the area were closed Friday.