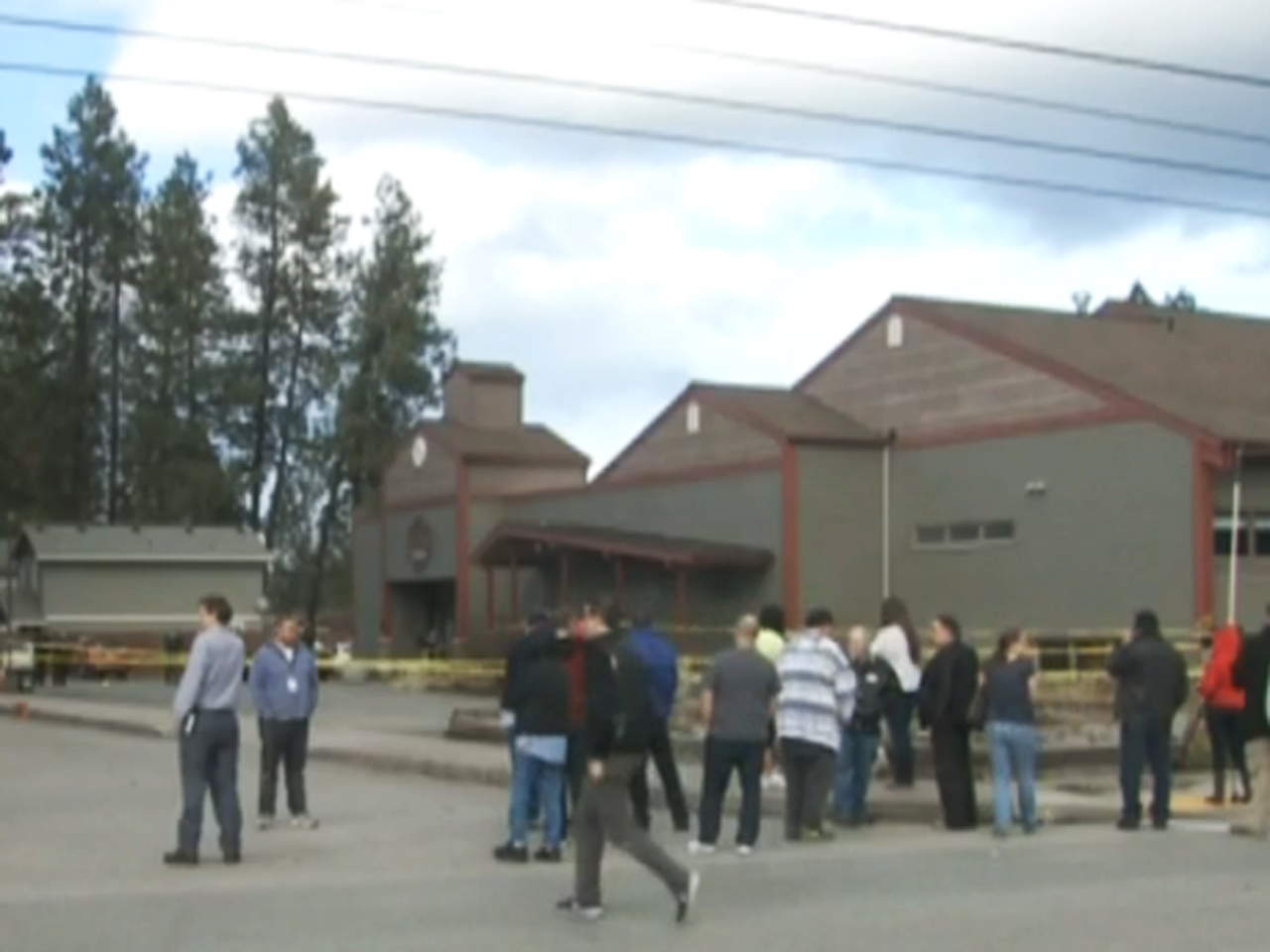 Authorities identified the gunman as 30-year-old Kyle Odom and said he was believed to be armed and dangerous. Odom was last seen leaving the parking lot in a 2004 silver Honda Accord with Idaho plates, they said.

Officers called to the Altar Church said they found a man with multiple gunshot wounds. The victim was in stable condition in a hospital, KREM-TV says.

The station says it has confirmed the victim is a pastor at the church, Tim Remington, who prayed with Republican presidential candidate Ted Cruz during a rally on Saturday at the Kootenai County Fairgrounds.

Remington's nephew and fellow church members said he was shot four times in the back while walking to his car. They added that Remington was talking to EMS workers on his way to the hospital.

Church members tell KREM he is expected to make a full recovery and could be released from the hospital within two days.

Remington has been the head of the Altar Church for more than a decade.

Multiple church members gather around the scene to pray not only for Remington, but for the shooter, as well.

"We just want to be here for everyone in our congregation. Be here for our pastor. We are going to go to the hospital and wait for the word to make sure he is okay," said one church member. "He opens his home to people. He takes them in and lets them live in his home. All the people society has turned their backs on, he reaches out to them."

The investigation into the motive behind the shooting was ongoing.