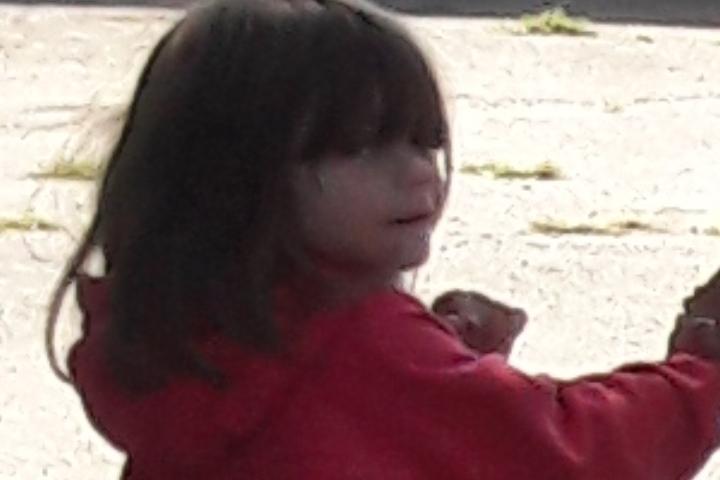 LOWNDES COUNTY, Ga. -- U.S. Marshals have apprehended a Michigan couple sought in the torture and murder of a four-year-old girl found with "severe burns" New Year's Day, Michigan State Police confirmed to CBS Detroit. 24-year-old Candice Diaz, the mother of the slain girl, and her boyfriend, 28-year-old Brad Fields, were arrested while driving in southern Georgia by agents of the U.S. Marshals Service in Macon, Georgia and the Lowndes County Sheriff's Department.

The capture brings an end to a nationwide manhunt launched after an autopsy ruled Gabby Barrett's death a homicide.

The case began when officers in Michigan responded around 10:45 a.m. Jan. 1 to a report of an unresponsive 4-year-old girl at a residence in a Sumpter Township mobile home community.

Upon arrival, CPR was being administered by family members and officers found the child suffering from what police described as "severe burns about her extremities," the station reports.

The girl was transported to an Ann Arbor hospital where she was pronounced dead.

The death was ruled a homicide two days later by the Washtenaw County Medical Examiner, according to police, with evidence of multiple traumatic injuries indicating child abuse.

Both Diaz and Fields were charged in an arrest warrant approved by the Wayne County Prosecutor's Office with murder, child abuse and torture, CBS Detroit reported. Federal authorities joined in the search for the pair, releasing their pictures and images of the car they were believed to be driving.

It's unclear whether Fields is the child's father.

The two were in custody late Tuesday afternoon in Lowndes County, Georgia, near the state's border with Florida. No further details about the arrest were immediately released.