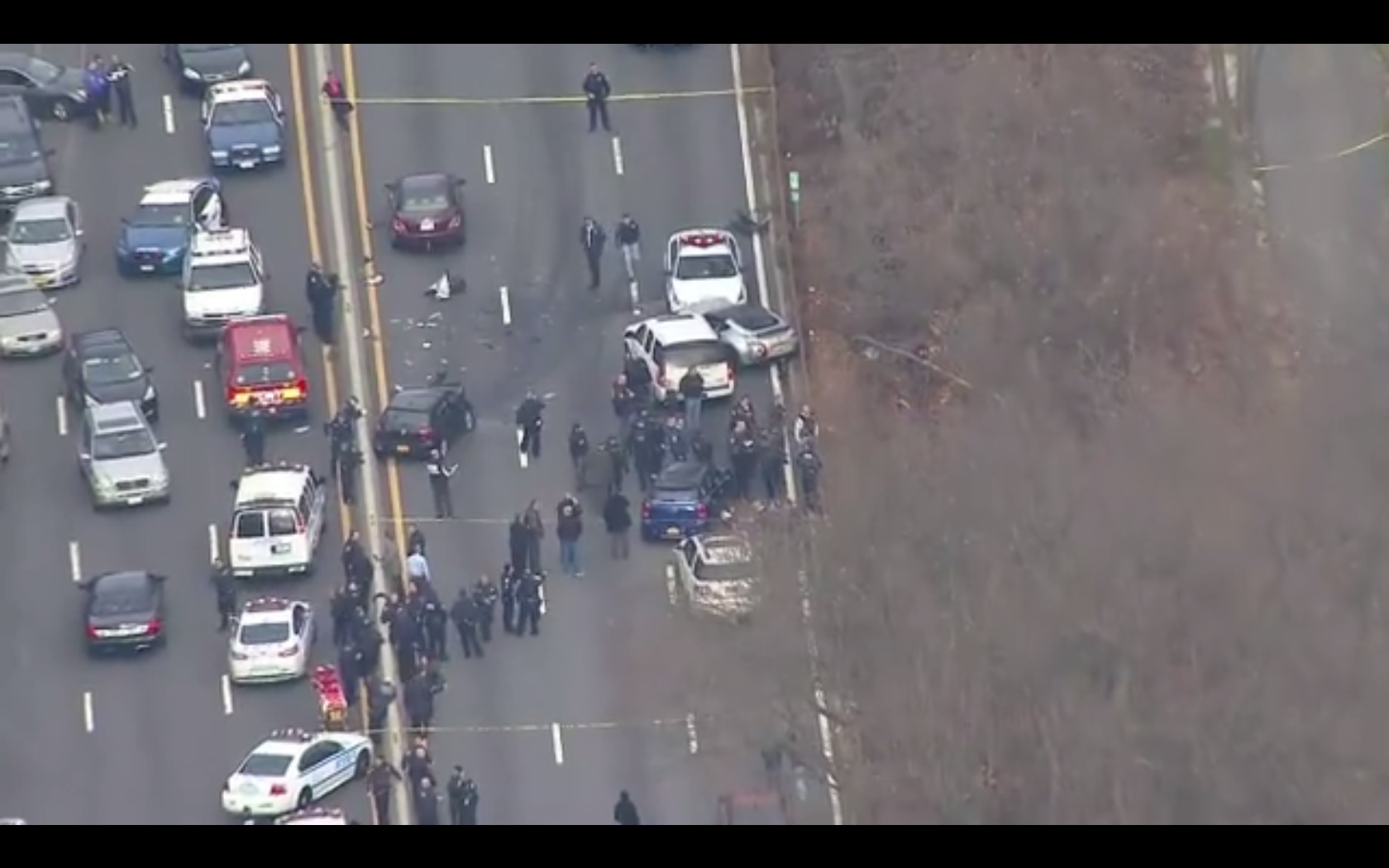 YONKERS, N.Y. --A manhunt is underway after a police chase ended in a crash on the Saw Mill River Parkway in Yonkers.

It all started in the Riverdale section of the Bronx with the shooting of a 50-year-old man and was followed by a police pursuit up the Henry Hudson Parkway, 1010 WINS' Al Jones reported.

The crash occurred on the Saw Mill River Parkway right over the city line near McLean Avenue, where one car could be seen pinned between two police vehicles, CBS2's Jim Smith reported.

The Saw Mill River Parkway is closed in both directions.

Two suspects are in custody.

The Yonkers Police Department and NYPD are searching for a third suspect who may have ran into the woods at Tibbetts Brook Park. A NYPD helicopter was searching by air and officers could be seen going into a wooded area, Smith reported.

The suspect may be armed and residents are being urged to avoid the area if possible and report any suspicious persons, police said.