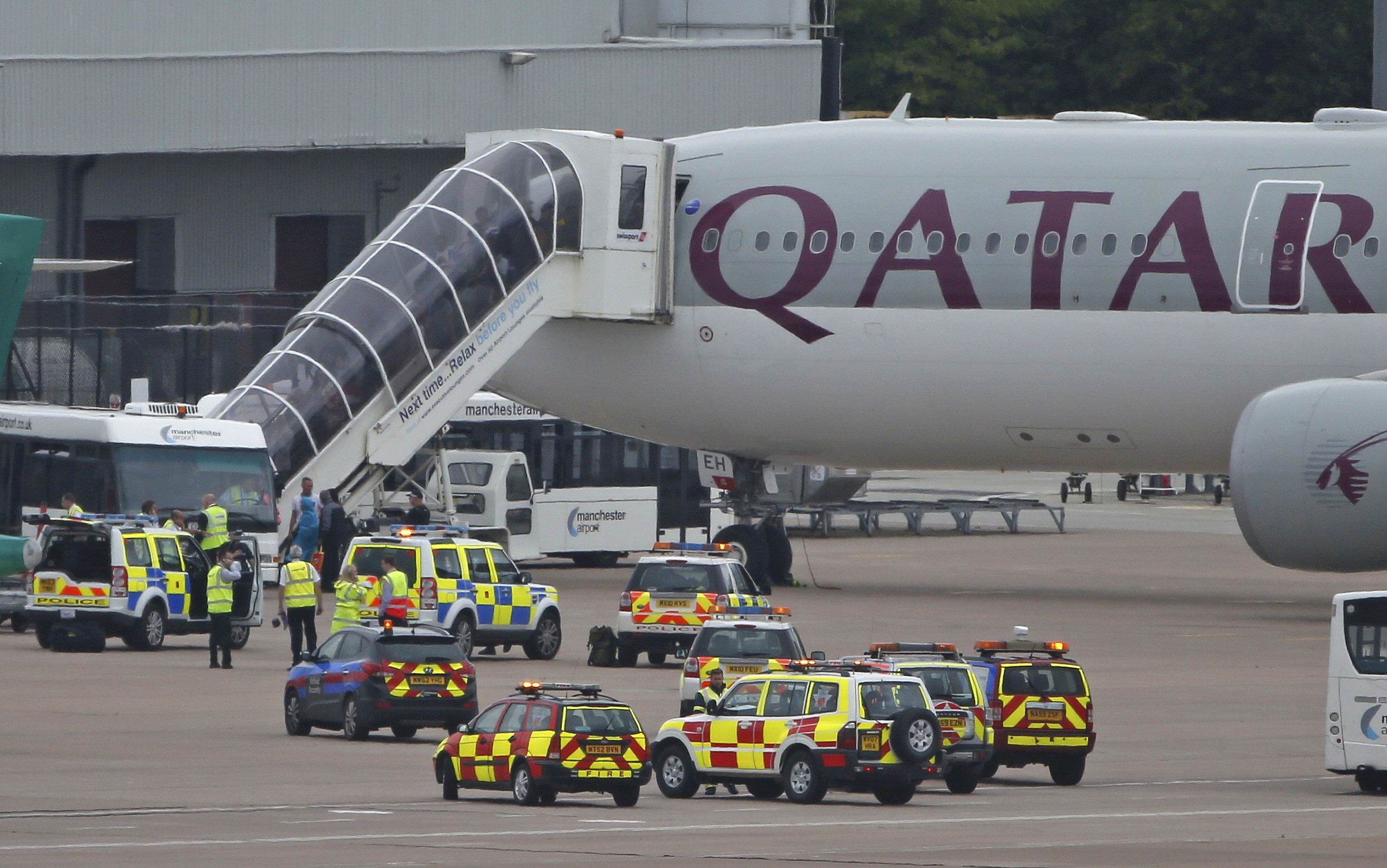 LONDON -- A Royal Air Force fighter jet escorted a Qatar Airways plane to a safe landing at Manchester Airport Tuesday, following a warning of a possible device on board.

Greater Manchester Police said it was not immediately known if the threat was genuine, but that it was "absolutely vital that we deal with the situation as a full emergency."

The police later said they had placed a man from aboard the plane under arrest on suspicion of making a false bomb threat. Images posted to social media showed a man in a green tee-shirt with short cropped hair being taken off the aircraft in handcuffs.

Qatar Airways said the plane's crew was made aware of a threat and that they requested the assistance via air traffic control.

The runway was briefly closed, but police said the airport was working as usual. The plane was moved to allow specialist officers to board.

Chief Superintendent John O'Hare said that people would see the police and other agencies at the airport and that the public should not be alarmed.

Police said they were dealing with the matter as "an isolated incident."

The Ministry of Defense confirmed that Typhoon aircraft were launched in their quick reaction alert role to investigate "a civilian aircraft whose pilot had requested assistance."

"The aircraft was escorted to Manchester where it landed safely," the ministry said in a statement.