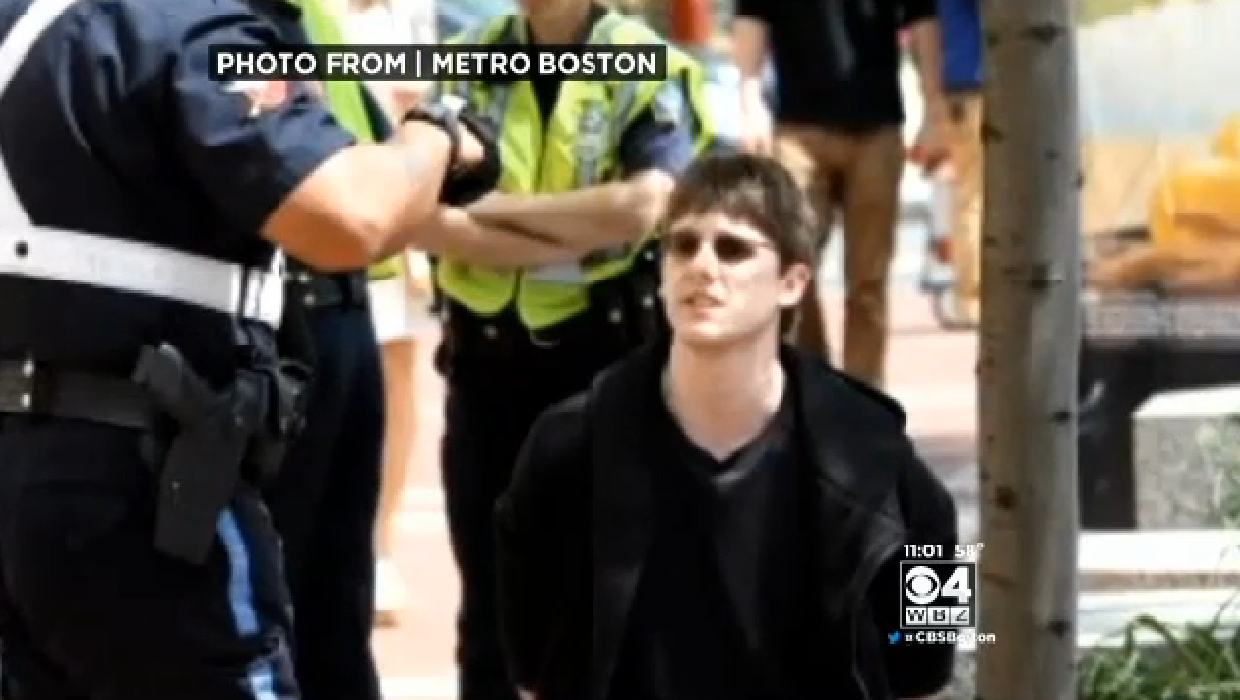 BOSTON - A Massachusetts man has been charged with firearms violations for allegedly attempting to bring two loaded handguns into a Boston University commencement.

Andrea Massa of Marshfield was arrested by university police at a bag check area Sunday afternoon after he allegedly created a disturbance, reports CBS Boston.

Massa's wife, Sally Jenkins, tells the Boston Herald her husband realized he wouldn't be allowed in when he saw the security area and was arrested while leaving. She was at the commencement to see her sister graduate.

The Suffolk County District Attorney's Office says the 28-year-old Massa has a license to carry firearms for hunting and target practice. He faces a civil penalty for violating the terms of that license.

"I just want to be clear he didn't mean to take it on there in any attempt to do anything," Jenkins told CBS Boston. "He was just exercising his right to have them."

She said her husband was unaware that he could not bring the weapons to the school's commencement ceremony.

Massa is to be arraigned Monday in Brighton Court on charges of unlawfully carrying a firearm onto school grounds and disorderly conduct.