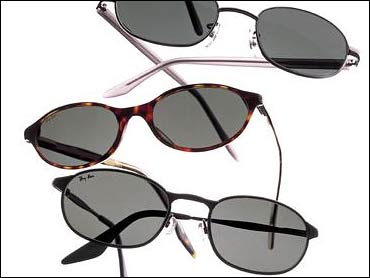 (AP)
MILWAUKEE (AP) He's accused of stealing more than $45,000 worth of eyeglasses from suburban Milwaukee stores.

Well, the criminal complaint quotes thirty-eight-year-old Jerry Lowery as saying he "really likes to be around glasses."

Investigators say Lowery told them he tries on the glasses in front of a mirror, then tosses them out.

Lowery took more than 500 high-end pairs of specs like Prada and Gucci, according to prosecutors.

Lowery is charged with three counts of armed robbery and one count of fleeing an officer. The charges carry a maximum penalty of more than 120 years in prison and a $310,000 fine.

Prosecutors say Lowery walked into three shops between April and July and said he had a gun. Online court records didn't list a defense attorney.