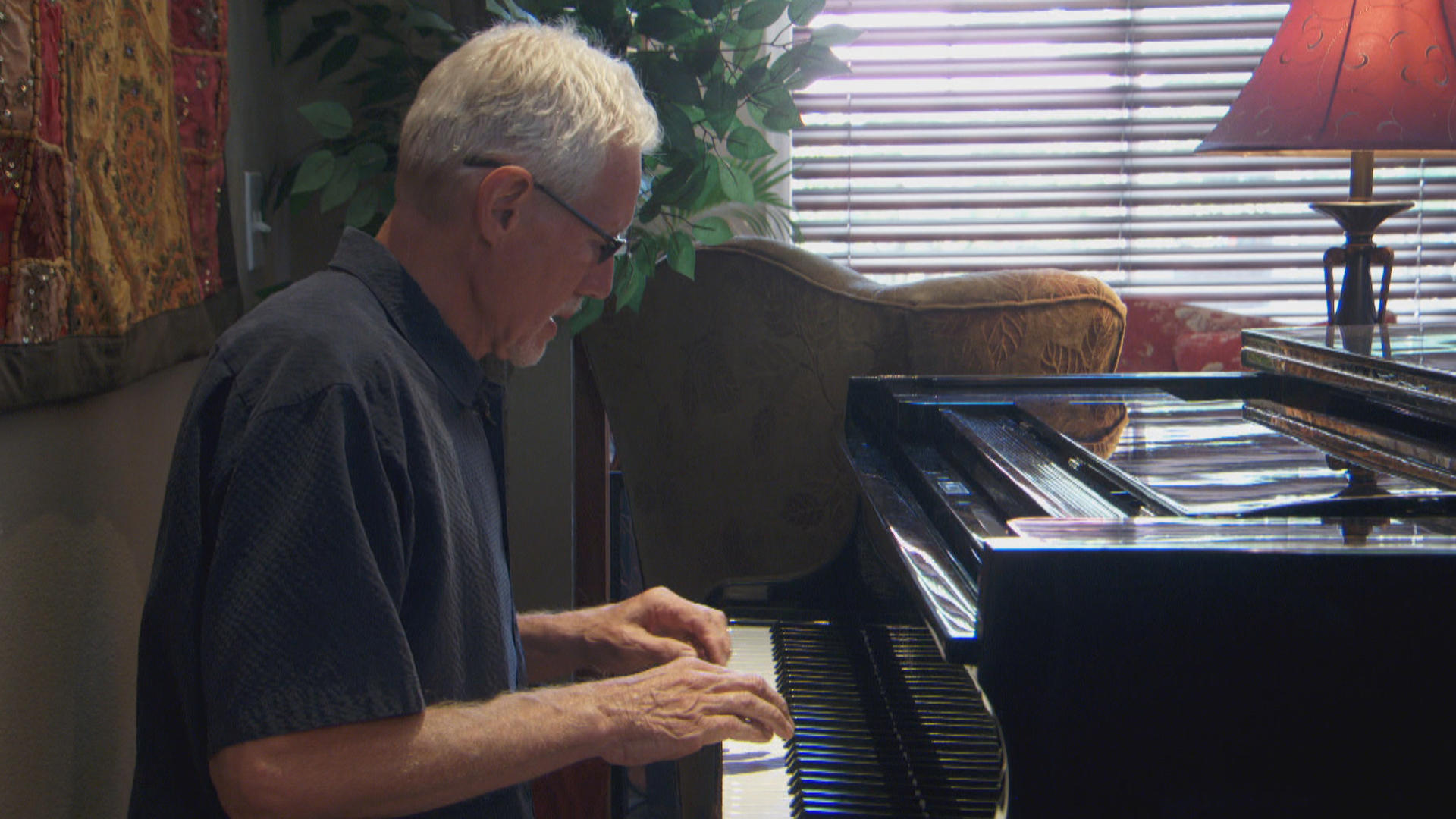 PORTLAND, Ore. -- To welcome us to Portland, Oregon, 67-year-old Steve Goodwin would like to play one of his songs for you.

You have no idea how much he would like to play one of his songs for you.

"It made me almost hate the piano. But then I realized it's not the piano's fault, it's this thing that's going on in my brain," he said.

Three years ago, Steve was diagnosed with Alzheimer's disease. He had to give up his job as a software designer, but his wife Joni says the cruelest part is the toll it's taking on the music he composed.

"Losing the songs would be like losing him," she said.

Steve and Joni have been married 47 years, and along the way, Steve composed more than two dozen songs, mostly for her. He played them daily, and they became the soundtrack of their lives.

Unfortunately, he never wrote down most of them. So when his memory started failing -- and the songs started fading -- there was no way to get them back. Until a family friend, a professional pianist, offered to launch a rescue mission.

And so, for the past two years, Naomi Laviolette has been reconstructing his compositions note by note.

"I said if he can at least play through it, even in pieces, I can learn it," Naomi said.

And of course they're recording the songs, never to be lost again.

"I realized there was a part of him that wasn't going to fade away," Joni said.

But this may be the best part: With Naomi's help, Steve was able to write a new song.

Although he forgets entire conversations, and can no longer add even single-digit numbers, somehow his mind dreamed up this.

Alzheimer's steals a lot, but today we score one for the beauty left behind.

A homeless mother left her dog with a note: "Please love me." A shelter reunited them.
More
Steve Hartman