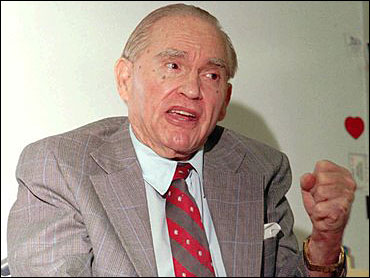 The man who shot Alabama Gov. George Wallace during a 1972 presidential campaign stop, leaving him paralyzed, will be released from prison this year, an official said Thursday.

Arthur Bremer, 57, is scheduled for release Dec. 16 but likely will be out earlier as he continues to accumulate credits for good behavior and for working as a prison clerk, said Rae Sheeley, a case-management specialist at the Maryland Correctional Institute-Hagerstown.

Bremer was sentenced to 53 years in prison for shooting Wallace and three bystanders at the campaign stop in Laurel, Md., on May 15, 1972. He has served 35 years of that sentence.

A bullet lodged in Wallace's spine, leaving his legs paralyzed, and he was forced to abandon his presidential bid. Wallace was elected to two more terms as Alabama's governor before his death in 1998.

Bremer was incarcerated at a Baltimore prison before being transferred to the medium-security Hagerstown institution in 1979. He has kept a low profile behind bars. "I shy away from publicity," he said during a 1996 parole hearing, according to a transcript.

He did not show any remorse at the hearing, calling Wallace a "segregationist dinosaur" and suggesting that people who tried to restrain him were responsible for the shots that wounded the bystanders.

Bremer's parole was denied, partially on the basis of a psychological screening that he initially refused.

He had a bleak perspective on life outside prison.

"Everyone is mean nowadays ... (We've) got teenagers running around with drugs and machine guns, they never heard of me," he said. "They never heard of the public figure in my case, and they couldn't care less. I was in prison when they were born. The country kind of went to hell in the last 24 years."

Wallace's son, George Wallace Jr., told the Press-Register of Mobile, Ala., that he learned about the impending release a couple of weeks ago.

"I've forgiven Arthur Bremer and my family has, so I think God's law has been adhered to, and we're comfortable with that," he said. "But having said that, I don't believe that given the suffering my father endured all those years from the gunshots and the constant paralysis — I don't think Arthur Bremer's incarceration comes close to that type of suffering."

The younger Wallace told the paper that the shooting had a "purifying" effect on his father, who became more religious and sought forgiveness for his support for segregation. The shooting also shortened his life, his son said.

"I don't have any more to say about it," the son said Thursday. "It's just too painful."