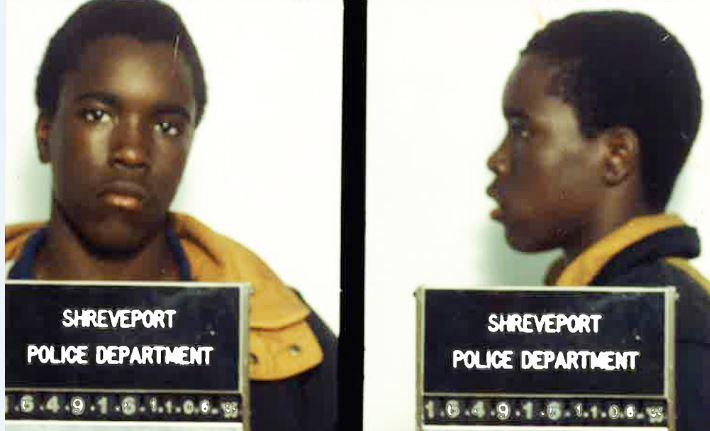 ANGOLA, La. --  A Louisiana man is free after spending 20 years in prison for a killing his attorneys say he didn't commit. Attorney Amir Ali said in a tweet Tuesday morning that he had walked Corey Williams out of prison.

The deal comes several weeks after Williams' attorneys asked the U.S. Supreme Court to review the case and reverse his 2000 murder conviction. A group of 44 former prosecutors and Justice Department officials, including former U.S. Attorney General Michael Mukasey, signed a brief in support of a petition by Williams' lawyers.

Ali praised Caddo Parish District Attorney James Stewart Sr. "for taking a hard look at what happened in Corey's case and agreeing to his release."

Williams, now 36, was an intellectually disabled 16-year-old when police arrested him in the January 1998 shooting death of Jarvis Griffin, who was killed and robbed while delivering a pizza to a Shreveport home.

"Twenty years ago, Corey went outside to hang out with friends. It has taken him 20 years to make it back home," Ali said in a statement. "No one can give Corey that time back. But with Corey's immediate release, we end this horrible tragedy."

Before the shooting, Williams was hospitalized for extreme lead poisoning, still sucked his thumb and frequently urinated on himself, according to his lawyers. A district court judge overturned Williams' death sentence in 2004 on the basis of his disabilities.

Williams' lawyers said there wasn't any physical evidence linking him to the killing.

Witnesses saw several older men steal money and pizza from Griffin and saw Williams running from the house alone with nothing in his hands after the shooting, according to his lawyers. One of the older men, Chris Moore, was the only witness who identified Williams as the shooter.

Fingerprints found on the murder weapon belonged to one of the other older men, and the victim's blood was found on clothing worn by a third older man, according to Williams' lawyers.

Police officers found Williams hiding under a sheet on a couch at his grandmother's house. He initially denied killing Griffin but changed his story after police questioned him through the night.

"His confession was brief, devoid of corroborating details," his lawyers wrote in their March 2 petition to the Supreme Court. "Having just assumed responsibility for a homicide, Corey told the officers, 'I'm tired. I'm ready to go home and lay down.'"

Williams' lawyers say his conviction was based primarily on that confession and the testimony of Moore. Only after Williams' trial did his attorneys obtain recordings of witness interviews pointing to his innocence. The withheld recordings showed police had suspected the older men were plotting to frame Williams for the killing, according to Williams' lawyers.

"The State presented to the jury a confession that was wholly corroborated by eyewitness testimony," he wrote.

Cox, who once told a reporter he believes the state needs to "kill more people," personally prosecuted one-third of the Louisiana cases that resulted in death sentences between 2010 and 2015, according to the Death Penalty Information Center.

In a 4-2 vote last October, the Louisiana Supreme Court refused to hold a hearing on Williams' claims. His attorneys asked the U.S. Supreme Court to review that decision, but the court hadn't acted on the request prior to Monday's plea deal.

A court filing accompanying Williams' guilty plea on Monday says prosecutors could have presented evidence that Williams was present for Griffin's shooting and "aided and abetted" the killing.

Man found guilty in killings of 8 from another Ohio family