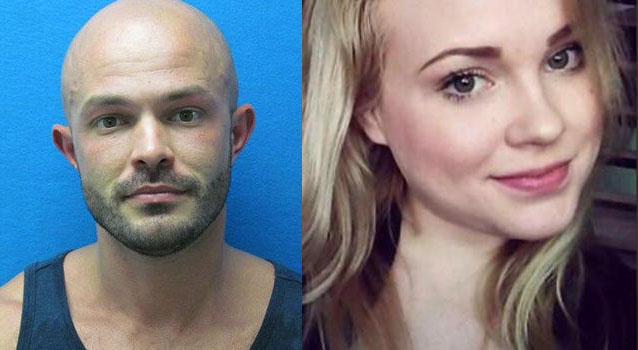 TARRANT COUNTY, Texas -- A Texas jury on Monday convicted a man of killing a college student who was found dismembered, burned and with her heart cut out -- rejecting a defense attorney's argument that her client panicked only after the woman died during consensual sex.

Jurors in Fort Worth deliberated less than three hours before finding Charles Dean Bryant guilty of murder in the death of Jacqueline Vandagriff, a 24-year-old student at Texas Woman's University in Denton.

Hours later, he was sentenced to life in prison by the same jury.

Bryant, 31, also was found guilty of tampering with evidence, and was sentenced to an additional 20 years on that conviction. The sentences will be served concurrently. The jury deliberated the sentences for about an hour Monday afternoon.

Defense attorney Glynis McGinty argued that Vandagriff died accidentally during consensual sex with Bryant. She said a plastic tie was placed around Vandagriff's neck, causing asphyxiation. Prosecutors countered that there's no evidence the two had sex.

McGinty said Bryant committed a crime by panicking and disposing of the woman's body in September 2016, but he did not commit murder.

But prosecutor Lucas Allan told jurors that contrary to defense claims, Bryant didn't "freak out" because Vandagriff died. Bryant deliberately killed her and calmly dismembered her body while cutting out her heart, Allan said.

"Why cut out the heart? What does it have to do with disposing of a body? He cut her heart out," the Fort Worth Star-Telegram reported Allan as telling jurors Monday. "I want that image to sink in."

Social media accounts, surveillance video and cellphone pings all put Vandagriff and Bryant, a fitness trainer, together at a bar in Denton and eventually at his home, reports CBS DFW. Investigators say there's  also evidence someone had started digging a hole in Bryant's backyard. The spot is where officials say Bryant initially tried to bury Vandagriff.

Vandagriff's remains were found in a kiddie pool near Grapevine Lake two nights after the fatal encounter, the station reports. Her purse was found in the trash at Bryant's home.

Investigators later learned that a former girlfriend had a protective order against Bryant for allegedly stalking and harassing the woman.