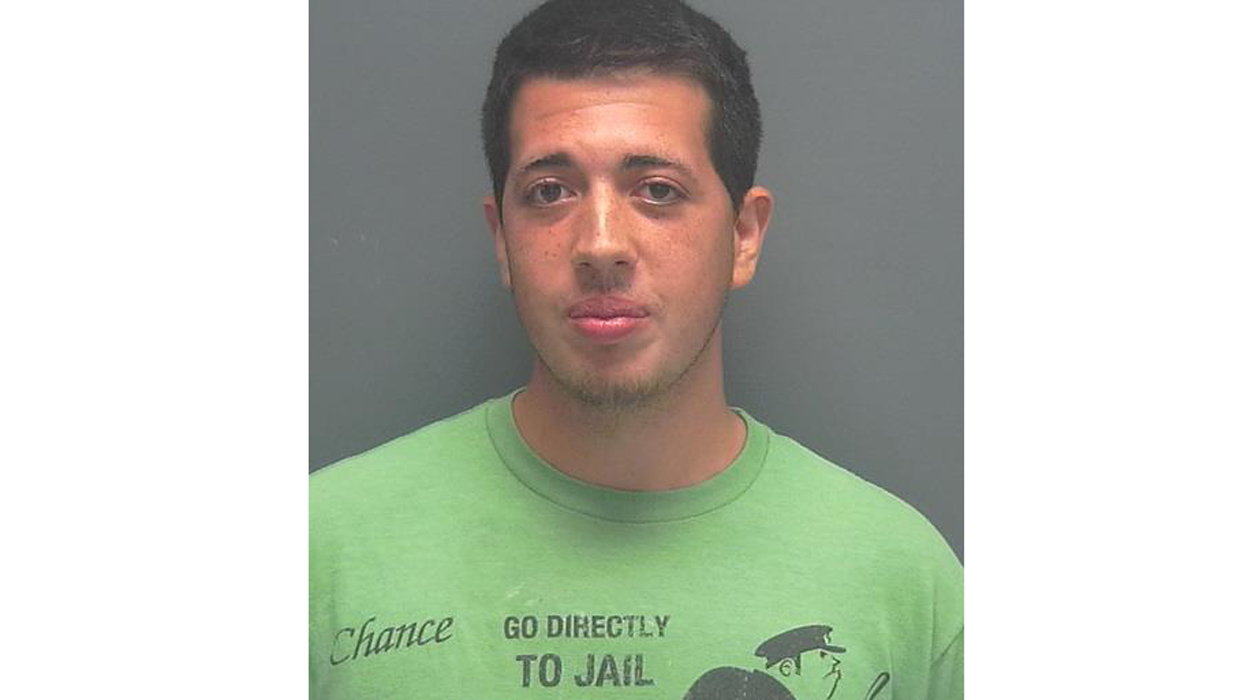 LEE COUNTY, Fla. - A man was arrested in Lee County, Fla. on drug charges Tuesday while wearing a Monopoly board game t-shirt that described his own fate: "Go directly to jail," reports CBS Tampa Bay.

Micah David Dailey, 20, posed for his mugshot wearing the shirt, which depicts the "Chance" card from the Monopoly board game that directs players to: "Go directly to jail. Do not pass go, do no collect $200."

According to the New York Daily News, Dailey's mugshot did grab the attention of Lee County cops.

Sgt. Scott Lineberger told the newspaper, "It had an element of humor to it."

Dailey, of Cape Coral, was booked on a pair of marijuana-related charges. He posted bond and is scheduled to appear in court on Dec. 1.

Hmmm, what to wear?