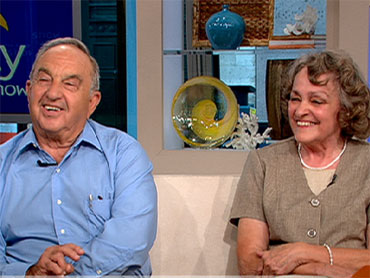 An unusual ad posted on Craigslist on Saturday got the attention of a lot of people.

It read, "Perfectly Good Parents - $155 (CT) Got lots of use out of these guys over the past 50 years but it's time to move on. Excellent overall condition. Still plenty of life left in them. Will consider trade for newer model, hot blonde under age 40 or an Erector Set in good condition. MUST SEE! Please email or call Michael for additional details and pics. $155.00 OBO."

Michael Amatrudo, 51, a frequent Craigslist surfer from Madison, Conn., said on "The Early Show" Wednesday he posted the ad to give people a chuckle. He didn't seriously intend to sell his parents. Michael, who claims to be amazed at the things people try to sell and trade, said he was just trying post something fun.

How did he artrive at the $155 pricetag?

Michael said he just tried to make the price ridiculous, yet "affordable."

Within minutes, Michael said, he began receiving comments about the post from around the country -- including some offers.

But what about his parents? What did they think when they heard of the sale?

Arlene Amatrudo, Michael's mother, joked that one of her friends told her she hopes Michael has a good sense of humor -- especially when he learns he's out of his parent's will.

Arlene added the price was doubled if extras, including the couple's antique fire engine, were included in the deal.

Michael said the whole thing point of the posting was to show that his parents are "literally priceless."

"How do you put a price on two terrific people?" he said, adding tongue in cheek, "I'm still holding out for the Erector set."