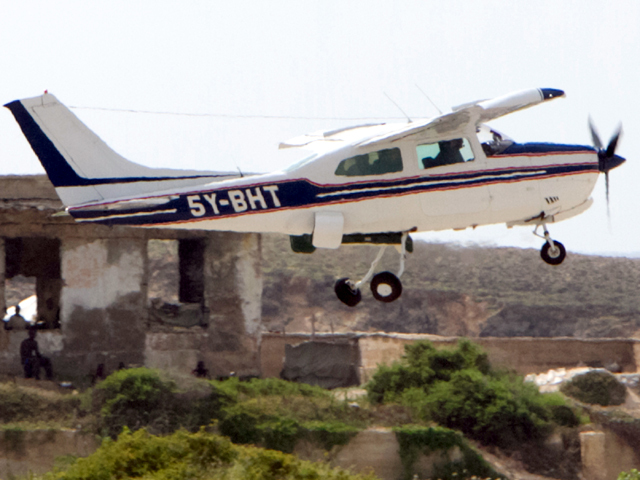 Those words Konrad Schmidt said over the phone to his mother, Rosemary Schmidt, Sunday were possibly the last ones he ever said. He was calling from the cockpit of a twin-engine small airplane, which he flew into the window of her first-floor bedroom, killing himself, the British newspaper The Telegraph reported.

Rosemary Schmidt survived what police characterized as an attack on the house in Oberhallau, Switzerland. Konrad Schmidt, a qualified pilot, had been feuding with his mother for a long time after his parents' marriage ended, which was followed by his father's death from cancer, the police told The Telegraph.

Konrad Schmidt suffered from depression and also had financial problems, the police said.

The mother's neighbors told the Swiss newspaper Blick that the 47-year-old man flew past the house three times as though he was practicing for his final descent, The Telegraph reported.

Blick quoted one neighbor saying, "It was like seeing a mini rerun of 9/11."