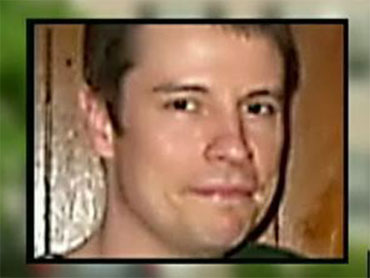 A man is out of intensive care after trying to amputate his own arm.

Jonathan Metz, 31, of West Hartford, Conn., spent three days with the arm trapped in his broken furnace before he was rescued, and his unbelievable actions may have saved his life.

Last Sunday, Jonathan went down to his basement to do repairs on his furnace.

DiGregorio told reporters, "I popped by to see what was going on."

DiGregorio called 911 after discovering his friend's dog barking. Emergency crews found Jonathan in the basement, his arm lodged in the furnace. But the financial manager had taken desperate steps to free himself.

Dr. Ellner, of Hartford's Saint Francis Hospital, explained, "He actually attempted to amputate his arm; he nearly did it, but not completely."

Jonathan passed out before he could completely sever his own arm. He'd made a tourniquet from his shirt and drank water leaking from the furnace.

Firefighters had to use heavy equipment to free him from the furnace's grip.

Chief Matt Stuart, of the West Hartford Fire Department, said, "We actually used hand tools and the spreader that we'd normally use to take the door off a car."

Jonathan started the amputation with a saw blade after smelling rotting flesh. His doctors believe his actions saved his life by preventing the infection from spreading.

Dr. David Shapiro, of Saint Francis Hospital, said, "People are often challenged with taking care of themselves, and the way that he did it was frightening, admirable, horrifying, brave, and just amazing to us."

Paul Metz said his son's act was beyond his comprehension.

"I couldn't see how anyone could take a saw to cut their arm off. ... But I know John was very cool, (is a) clear-thinking young man. And he had reasons for doing it. He basically wanted to save his life. And so it doesn't surprise me he did what he had to do."

Anne said her son had a strategy to the amputation.

She said, "I think he -- he just wanted to live so badly that his first thought was to -- if he could get the arm off and he could then get free and somehow get the arm reattached. That was his first motivation. Then when he knew the arm was gone because he could smell the gangrene, his own motivation was to live and get free."

Anne said her son told her he could endure the pain until he reached a "bundle of nerves."

"There was a bundle of nerves near the elbow," Anne said. "He said at that point he couldn't go on."

Anne said her son is still in some pain from his surgery, but said "generally his spirits are very high."

Paul said his son will be fitted with a temporary prosthetic soon.

"We just have hugged (him) and thanked (him), and we are just -- it's just so good that he had friends that followed through on their hunches that something was wrong. And we just can't express our thanks."